Before I begin, I first want to thank USSChoo for compiling the results, and of course all of you for participating.

Here are the results, first by individual player. If you'd like to download the spreadsheet this data came from, you can do so here. 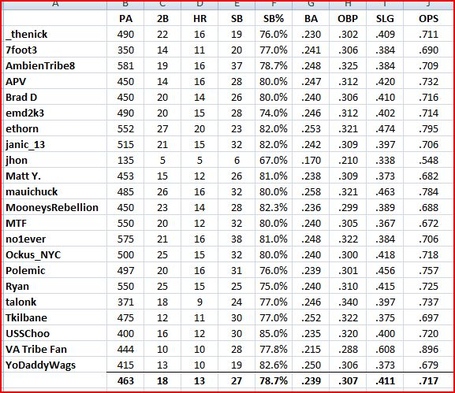 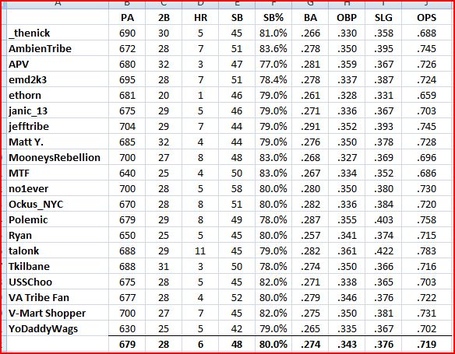 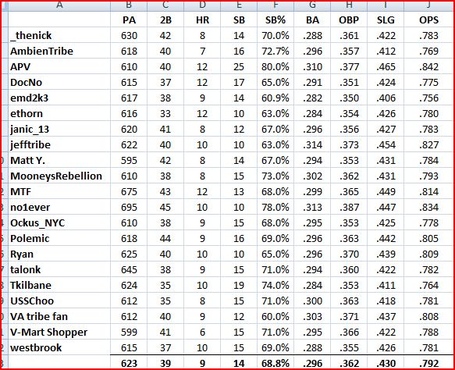 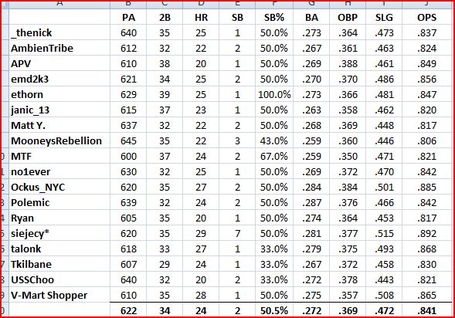 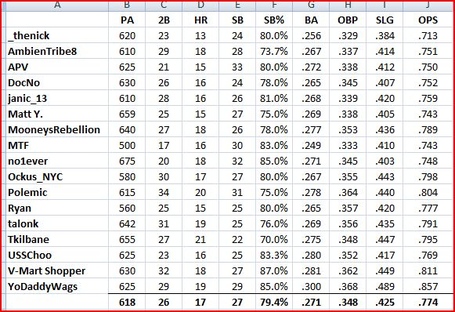 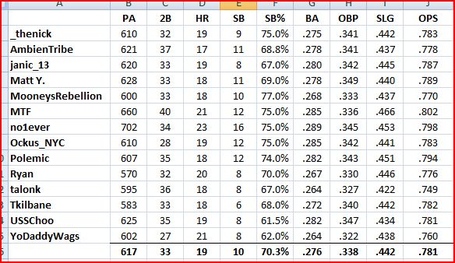 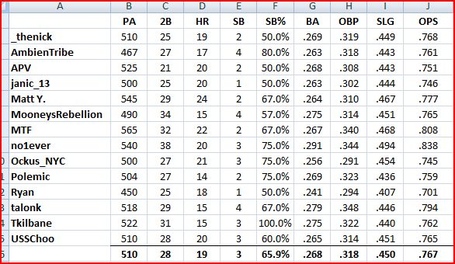 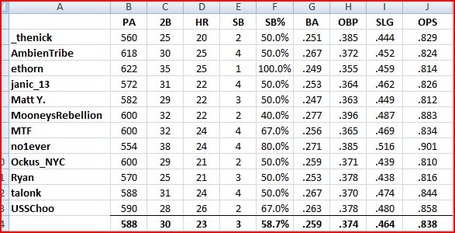 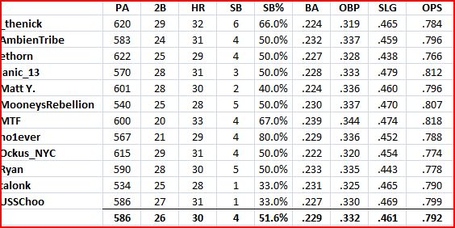 Here's everything summed up:

And for reference, here's how the starters last year did:

In conclusion, if the real-life Indians come close to what we're projecting, it's going to be a fun offense to watch.