Next is Nick Swisher, the first big free agent signing of the winter. He initially was going to be the starting right fielder, but after the Michael Bourn signing, he's moving to first base. You've seen Swisher the person in action, but how about Swisher the player?

Before getting going on Swisher, a quick reminder:

Nick Swisher's professional career started with a bang; he was the first player picked by Oakland in the 2002 draft, later made famous in Michael Lewis' Moneyball. Swisher attended the Ohio State University, and already at age 31 is one of the best MLB players to come from the school.*

*Frank Howard is by far the best alumnus from Ohio State, but Swisher is in a small group behind him (Larry Hisle, Dave Burba, Jake Miller).

Early in his fourth season with Oakland, Swisher signed a five-year extension that would have kept him in Oakland through the 2012 season. However, after the 2007 campaign he was traded to the Chicago White for a package of players that included Gio Gonzalez. The 2008 season with Chicago was the only one in which he didn't manage to post an OPS+ of 100 or greater, and was traded to the Yankees after the season in what would turn out to be one of the most lopsided deals of the past decade. Chicago received Wilson Betemit, Jeff Marquez, and Nunez; Betemit would hit .200/.280/.311 for the White Sox before leaving via free agency, and Marquez and Nunez just made very brief appearances with the White Sox.

Meanwhile Swisher regained in New York the hitting stroke he showed in Oakland, becoming a key piece of New York's lineup. During his four seasons in New York, his OPS+s were 122, 129, 120, and 126, and usually was good for between 2.2-3.5 Wins Above Replacement. It should be noted that during his four years with the Yankees, Swisher was still on the contract he signed while with Oakland, an important distinction when comparing him with other certain Yankees who joined willingly.

Swisher became a free agent for the first time this winter. He visited several teams, but Cleveland put on a full-court press, enlisting the help of Urban Meyer, Jim Tressel, and Thad Matta to help sell Swisher on coming to the Indians. Swisher would leave Cleveland without signing a contract, normally a bad sign, but a couple days later he would choose Cleveland, signing the biggest free agent contract in franchise history.

Nick has quickly made his presence felt in the clubhouse, masterminding the recent Indians version of the Harlem Shake, but what about Nick the player?

First, Nick's defense should improve with his move from right field to first base. A first baseman in college, Nick was moved to the outfield in the pros, and while he's been adequate in right field, becoming a full-time first baseman should represent another team defensive improvement, given that the initial configuration was going to be Swisher in right and Mark Reynolds at first. Since the Michael Bourn signing, that has turned into Drew Stubbs in right, Swisher at first, and Reynolds at DH.

Swisher is a switch hitter, and it makes little difference whether he hits left-handed or right-handed, as you can see below. In other words, opposing managers aren't going to play matchup against Swisher late in a game unless Swisher has struggled against a particular pitcher.

Swisher is also a very patient hitter, consistently seeing over 4 pitches per plate appearance (league average is 3.79). He's averaged 83 walks per season since 2005, his first full season in the majors. Now along with those walks are going to come strikeouts, a side effect of working deep into counts; he's averaged 132 strikeouts a season, but given everything he does at the plate, you can certainly deal with that.

This may be the kiss of death, but I'll say it anyways; Swisher has been a remarkably durable player, appearing in over 148 games in each of his last 7 seasons. A lot of baseball is showing up, and Swisher has done just that, so far avoiding the Disabled List in his career.

Swisher was not affected much by the short porch in Yankee Stadium; he usually hit just as many home runs on the road as he did at home. Of the 24 home runs he hit last year, it looks like only one wouldn't have gone out had it been hit in Progressive Field. 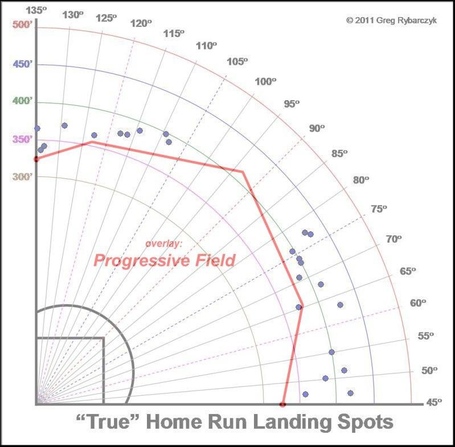 Swisher is a below-average base runner, and will be one of the few batters in the projected starting lineup than may be pinch-run for late in a game. He has 12 career stolen bases, so you won't have to agonize over those much when pondering your projections.

Here's what ZiPS has to say about Swisher:

Pretty pessimistic; it this happens, it would be Swisher's worst offensive season since 2008. It would translate (assuming league conditions are similar to 2012) to a 103-105 OPS+.

This is a bit below his career averages, but not by a whole lot.

I'm chopping off a bit of power because of the move to Progressive Cleveland, but keeping his other numbers close to his career averages, and given how metronomic his career has been, that isn't going out on a limb.

What do you think?