Look, it's Francisco Lindor in an Indians uniform!

No news to report, but these photos are a site to behold.

Share All sharing options for: Look, it's Francisco Lindor in an Indians uniform!

Francisco Lindor is one of the best prospects in baseball, ranked in the top ten by most major scouting outlets, and considered the best defensive shortstop anywhere in the minors, with a bat that should play as above average in MLB too. He'll almost certainly begin 2014 in Double-A, but he was invited to spring training and has already appeared in a couple games, with more likely to come. That means he's been wearing an Indians uniform, which is exciting both in terms of daydreaming, and in terms of adding to the previously limited collection of photos that have been available.

Will Francisco Lindor play for the Indians in 2014?

With today's Cactus League game rained out, meaning there's nothing ro recap, it seems like a good time to share some Lindor love with everyone (all photos credited to USA TODAY Sports or Getty Images).

If you've been around these parts for a while, you've undoubtedly seen these pics: 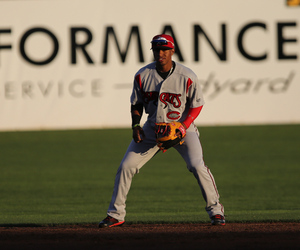 There's the top defensive prospect in baseball, prepared for whatever comes his way. 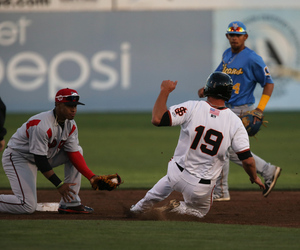 There's no stealing second when Francisco Lindor is there to cover the base! 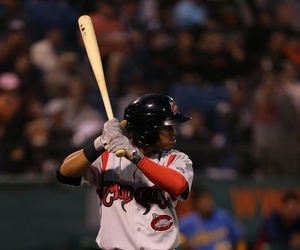 He's not just a defensive wizard though, he bats too. 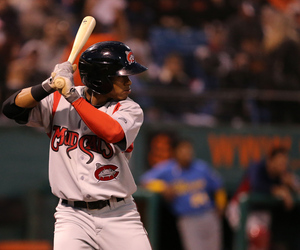 This one, slightly different from the last, has been my favorite. I'm pretty sure I've used it for at least five different posts over the last 7 or 8 months.

Suddenly, in the last few days, our collection has more than doubled. In addition to the charming smile you can see at the top of this post, here are some of the other shots we'll be able to work into the rotation, each of them featuring Francisco in a sharp-looking Tribe jersey.

This photo, when combined with the ones above, serves as visual proof that Lindor is a switch-hitter: 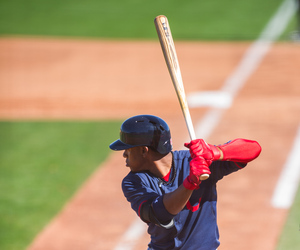 This one lets us know he doesn't just stand at the plate looking handsome, he sometimes swings the bat too: 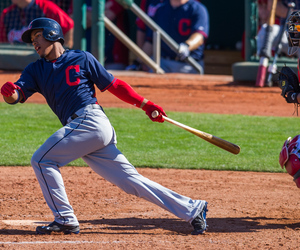 Don't worry, he still knows how to play defense too: 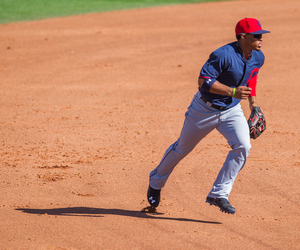 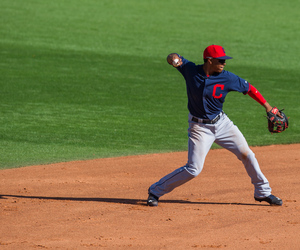 Finally, because while sometimes a smile is nice, other times you've just got to look cool: 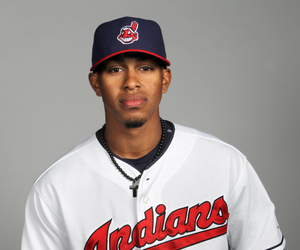