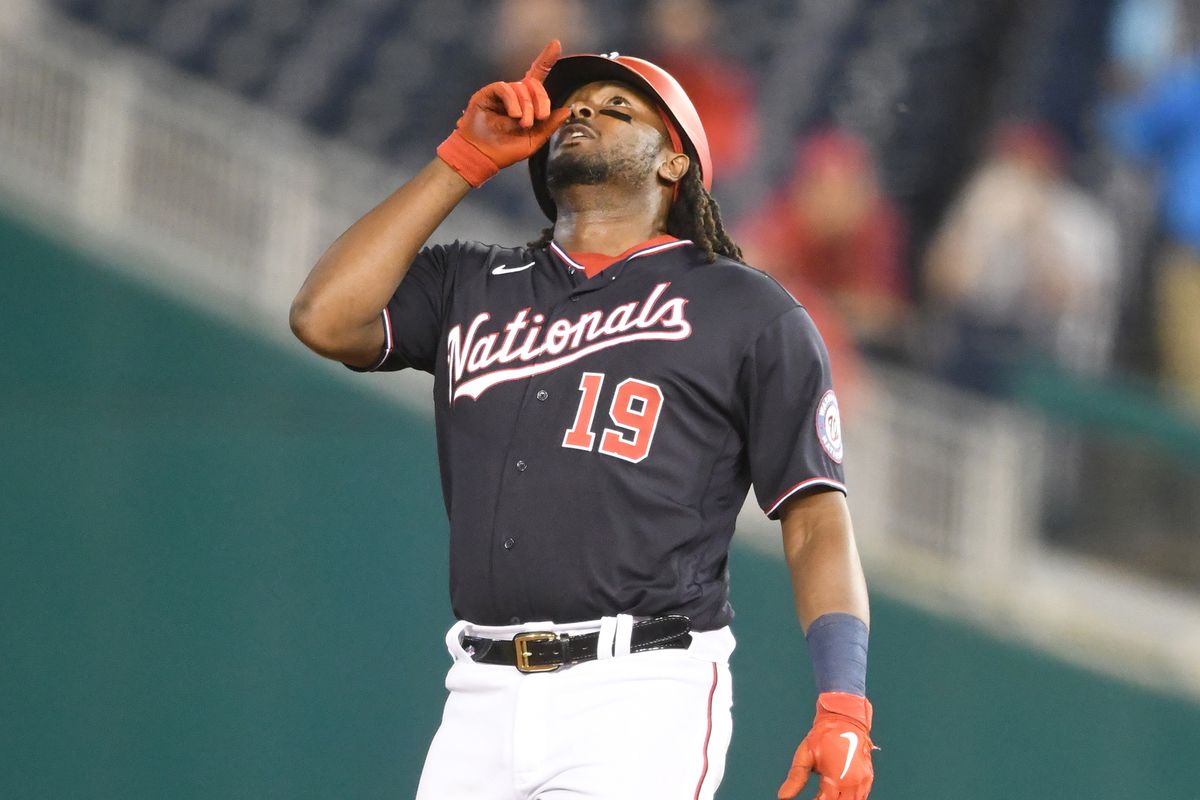 As Thanksgiving approaches and the American consumer goes on the never-ending search for a deal, we can only hope that the Cleveland front office is working on a trade or two to complete before the looming lockout commences, likely on December 2nd. Many of the most prominent names have been discussed extensively - Bryan Reynolds, Cedric Mullins, Jesse Winker, Ian Happ, Ketel Marte - so I decided to scour the leaderboards for 2021 and projections for 2022 to see what players might be available who could provide value at a reduced price - like a good Black Friday deal!

Disclaimer: Players are not commodities, they are people, and each should be valued as a person. The Black Friday construct is simply a narrative frame.

1. Chad Pinder, OF, Oakland A's
Pinder is a right-handed hitter who has pretty even splits for his career. He is average defensively, 29 years old, and would be on his last year of arbitration in 2022. He is projected for 105 wRC, which is only a marginal upgrade... but the floor is high on Pinder. He's a slightly-above average major leaguer, and, with Oakland in clear rebuilding mode, he should be available for a reasonable price. He has been better in left than right, but can handle either corner. He is a player who can turn a C- position into a B-, but he's not going to transform a lineup.

2. Taylor Ward, 3B/OF, Los Angeles Angels
Ward is a right-handed hitter who looks like he may play passable defense in left-field. He is pre-arb for 2022, and is projected for a 108 wRC+, with splits last year of 105 wRC+ against LHP, and 82 wRC+ against RHP. The main question is whether Ward would be an improvement over Mercado, who seems to be, at least, a solid platoon option against LHP. If the Guardians think Ward can play full-time, he should be a fairly low-cost addition... but a deal with the Angels is going to involve at least one major-league ready pitcher, I assume.

3. Josh Bell, 1B/OF, Washington Nationals
Bell is 29 years old and a left-handed hitter who would be a rental for 2022. He will be below average defensively, but I think if the Guardians can put a decent defender in right, Bell would be passable in left with Straw to help shade that way. Most excitingly, he is projected for a 120 wRC+, and his splits are not bad with a career 99 wRC+ against LHP. Bell is probably the only hitter on this list who profiles as a middle-of-the-order bat.

4. Lars Nootbar, OF, St. Louis Cardinals
Let's be honest - I put Nootbar here because of his 80-grade name. He is 24 years old and made his debut in 2021, he looks average defensively, and projects for a 104 wRC+ (his splits were 126/99 in 2021). St. Louis looks to be active in free agency, so I think they'll be willing to trade an outfielder... but, as with the Angels, I think they'd want a major-league ready pitcher in return. It's possible they may be willing to look at a Tena or Noel to shore up their farm, however. I'm not sure if Nootbar is worth either player... but the name makes me wish he was!

5. Alex Dickerson, OF, San Francisco Giants - just DFA'd.
Dickerson is 31 and is a poor defender, so again, you'd be hoping Straw can help cover for that with Dickerson in left. He has 2 years of control left and is projected for 107 wRC+ (career splits are pretty even). With the Giants DFA of Dickerson in mind, the cost should be reasonable at least!

SPECIAL BONUS DEAL!!!
6. Ramon Laureano, OF, Oakland A's
Laureano is 27 and entering his first year of arbitration, while suspended for 20-some games for PED's. Due to the risk of him getting popped again for PED's and the loss of that month of games, I wonder if Laureano can be had for a reduced cost. He can play center, which is why he might not be affordable. The Guardians aren't going to pay center-fielder costs when they already have Straw. But, Laureano is an exceptional right-fielder and would be the perfect player to pair with a Josh Bell-type in left. He is projected for 111 wRC+ in 2022, with career splits of 123/116 wRC+. If the A's are stripping down to the studs, this is a guy who should be available. It'll cost, but I'd be willing to pay because his value is not being driven by his defense - he's a good hitter.

Happy shopping, everyone! Let me know who I missed in the comments below!