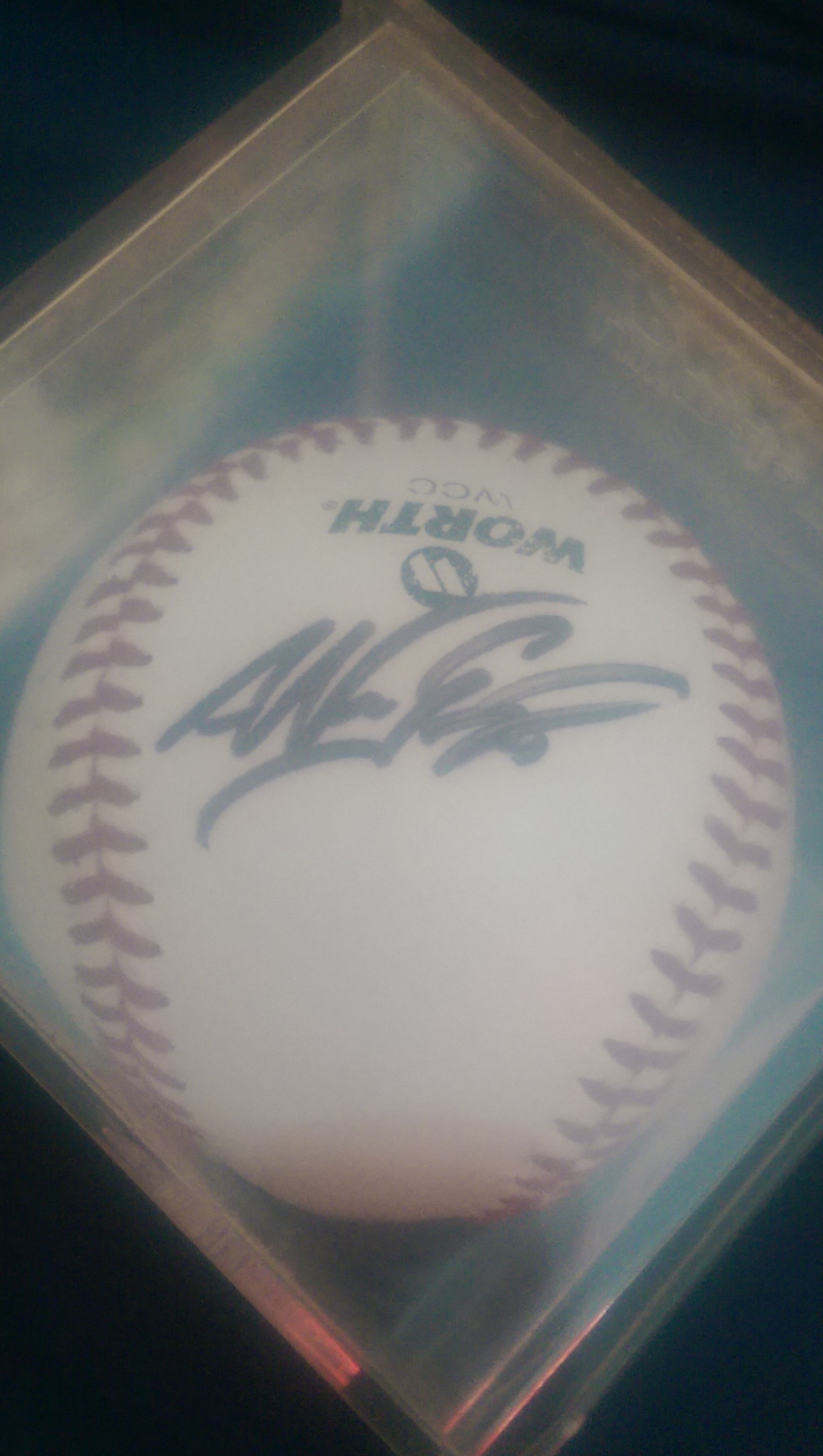 So, let me preface this by saying that I apologize for the misguided nature of my youth. Once this story unfolds, you'll understand why I started off with an apology. But remember, no one should be held accountable for what they did when they were in the Little League age-range. Okay, we good? Cool.

So, when you're a kid, you inevitably will find a player that you gravitate towards and want to emulate. You'll copy their every move, try and pick up their little quirks and tendencies, and you'll dream of being the next big player to carry their team to a world championship. For a lot of Tribe fans, that could be anyone from Carlos Baerga to Omar Vizquel to Kenny Lofton to Jason Kipnis (if I currently played Little League, I would definitely be replicating Kip's stance at every at-bat). For young Tyler, that player was Nomar Garciaparra. Now, before you all pull out your torches and pitchforks, I will say that, for the time between 2001-2004, I was a Boston Red Sox fan. I was a Sox fan for a couple of reasons:

When I checked the Red Sox schedule to find out when they would be in California, I found out that they were going to be playing the Angels during the summer in Anaheim (for the life of me, I can't remember which year). My brother (who copied everything I did) and I got ecstatic at the prospect of seeing our favorite player. We went to our local screen printing store and made Garciaparra shirseys, We got brand new baseballs and brand new Sharpies. We were so excited to maybe get the autograph of Nomar. The day of the game came, and my dad couldn't drive fast enough up to Anaheim for the game.

We got to the game probably 2 hours before the game was slated to begin. We had bought tickets on the visitor side so that we could be as close to Nomar and the Sox as possible. When we entered the stadium, I saw all the players stretching and warming up on the field. Near the visitor dugout, there was a large mass of people huddled around, seemingly waiting for something. Having never done this before, I figured that I should just join the crowd. As I got closer, my eyes confirmed that my instincts were right; just on the field in front of the huddled mass was Nomar. He was doing a bunch of stretches with a trainer and getting ready for the game. I couldn't believe it: my favorite player was mere feet from me! I joined in the chorus of voices and started calling out his name, hoping desperately to get his attention.

I must have said Nomar about 200 times in the span of those painful twenty minutes. But Nomar didn't acknowledge anyone. It was like none of us were even there. As a kid, I was baffled as to how someone as renowned as Nomar could stand and ignore everyone for so long. As my hope started to wane, my tears started to swell as I began to come to the realization that I was going to leave with a blank baseball and a broken heart. Just as my brother, mother and I were about to head defeated to our seats, Nomar came through. He finished up his stretches and immediately walked over to the crowd. I went from dejected to elated in 0.2 seconds as he went down the line signing for every kid and parent there. When he got to me, I was star struck and couldn't say anything. My mom took a handful of pictures of him signing my baseball, and when he handed it back to me, all I could do was muster up a choked up "Thanks, Nomar". And that was it. I stuck the ball in my glove and we headed to our seats. Throughout the game (the Angels won that night), I would periodically check to make sure that the ball was still there. I was careful not to mess up the signature because, at that moment in time, that was my most prized possession.

I was devastated when Nomar eventually left the Red Sox. It hurt even more knowing what would happen after his departure (the 2004 playoffs will be forever ingrained in my memory as one of the best baseball memories ever). But even though I've long since cut my ties with the Red Sox and fully rediscovered my true team in Cleveland, Nomar will always be one of my favorite players.