The All is right in the world as the Tribe snaps their four-game losing streak and can't lose today because they don't play. Here's what's going on around baseball:

Klubot's recalibrations were effective, helping it slaughter the D-Backs to the tune of seven shutout innings and eight K's.

Masterson to miss start with sore knee | Cleveland.com - Justin Masterson will be shut down for two days and sit out his scheduled Sunday start due to pain he's been having in his knee. Terry Francona is downplaying the injury a bit, but says the pain has kept him from generating power. In the short term, this certainly has rotation implications. Expect to see Zach McAllister or Danny Salazar in Masterson's place. In the medium term, I wouldn't be surprised to see some DL time for the big Jamaican.

Catching up with Greg Swindell | Did The Tribe Win Last Night - The latest in the ongoing series, DTTWLN sits don with the face of the the late '80's/early '90's pitching staff - Greg Swindell. Swindell was drafted #2 overall by the Tribe in 1986 and was in the majors already by the end of that season.

Rodriguez makes the "Fringe Five" | Fangraphs - Tribe prospect Luigi Rodriguez has been dinged by evaluators for lack of plate discipline, so his increase in walk to strikeout ratio is an encouraging sign.

Bauer looks to cool off hot Mariners (series preview) | Indians.com - Trevor Bauer takes on Chris Young as the Indians head to the Pacific Northwest. The Mariners have won eight of their last 11, and have gone 15-9 in June.

Tidbits from around MLB

Super freak: Lincecum no hits Padres | Sports On Earth - For the second time in two years, Tim Lincecum no hit San Diego, and was just a single walk away from a perfect game. SOE's Wendy Thurm gives her first-person account of the game and what the feat means. Note: all career WAR accumulated by Lincecum should be credited to Mark Shapiro's regime.

Cano's missing power | Fangraphs on Fox - Apropos of our upcoming series with Seattle, Jeff Sullivan tackles the curious case of Robinson Cano, who is having an excellent year but lacking in the power department.

On the block: 2014 trade chips | Fangraphs - Using playoff odds, Dave Cameron created a speculative list of position players and pitchers that are likely to be trade bate for the deadline.

With Klubot's return to dominance, and now Justin Masterson's potential DL stint, there's no more denying who the real Tribe ace is. Regardless of the outcome of the season, 2014 will be remembered as the... 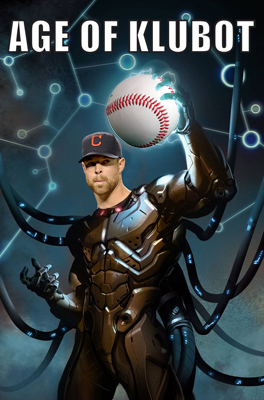