Here's the latest minor-league numbers. This week I've added ERAs for the pitchers, and have replaced their age with Baseball-Reference's "Age Difference," which is the players' age minus the league average age (calculated separately for pitchers and position players).

On the rosters you'll see some color highlights:

These are players who didn't meet PTM for one reason or another but in my (subjective) mind worthy of interest to the casual fan. For instance, players who didn't meet Plate Appearance or Innings thresholds weren't included in the PTM ratings, and PTM didn't count short-season results. So players like Kyle Crockett (not enough innings), Clint Frazier (short-season) and Francisco Mejia (short-season), while they aren't PTMs, are very much worth following.

The statistics are through April 22, and as the minor-league seasons began the first week of April, continue to take these numbers with a gigantic grain of salt. 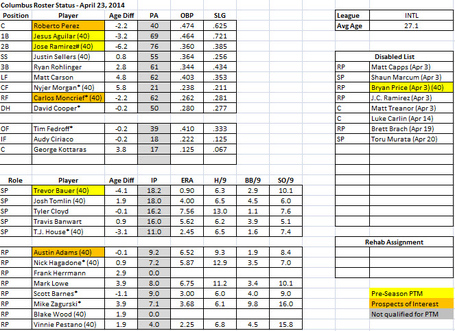 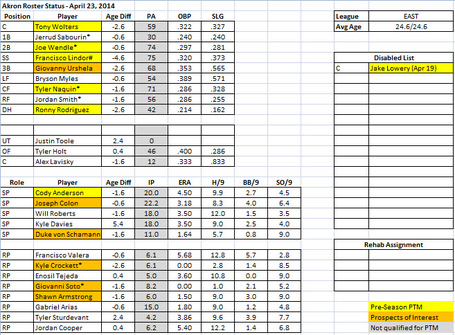 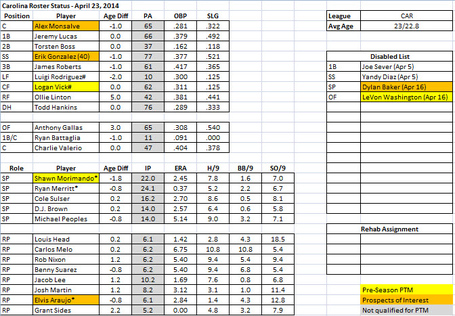 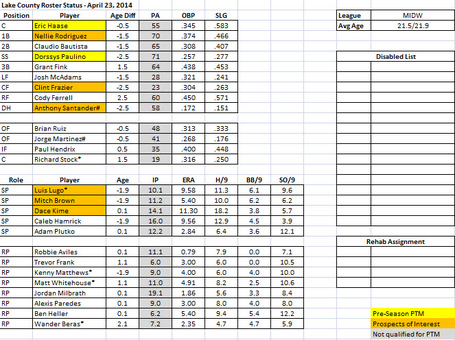