On these rosters there are highlights:

This week I've added Roberto Perez to this category. I've been on the fence about whether to include him all spring, and finally decided that he's worth the average fan knowing about. Partly because he's now just one level from the majors, and partly because he's such a good defensive catcher. The problem is that his offensive game has lagged behind his defense (even though he's started 2014 on fire). But clubs are willing to overlook a catcher's offensive deficiencies if the defense is good, and I think that will be the case with Perez even if his bat doesn't develop.

Aguilar continued to hit, and was named the Indians' minor-league player of the week (Apr 4-13). Nyjer Morgan was optioned to Columbus on Tuesday, and will presumably play every day in center field. 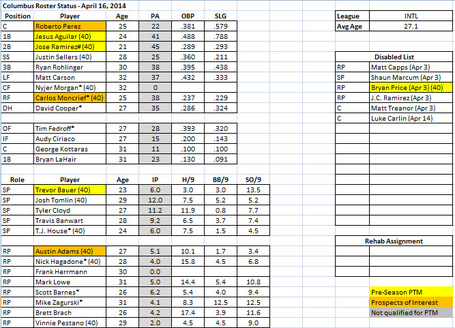 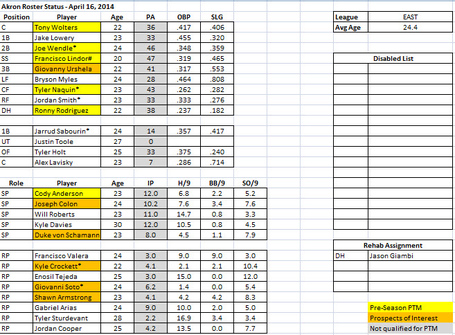 Bad news from yesterday: both Dylan Baker (broken ankle) and LeVon Washington (strain quad) were placed on the Disabled List. Baker had thrown six perfect innings in his first Carolina League start, so this injury comes at a really bad time. Washington's injury continues a troubling trend, as he's been on the Disabled List more than the playing field since the Indians drafted him in 2009. 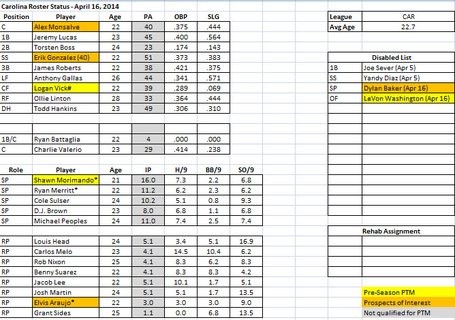 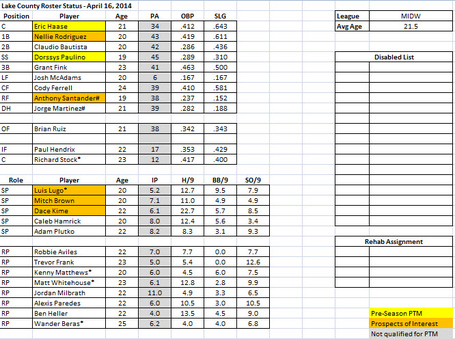