Indians Saturday news & links: Michael Bourn, an Ewok you may recognize, and more

Share All sharing options for: Indians Saturday news & links: Michael Bourn, an Ewok you may recognize, and more

MLB.com's Jordan Bastian profiles Michael Bourn, who talks about the injuries he was dealing with by the end of last season, and what it means to be the lead-off man.

Bastian's daily notes from Friday include items on Jason Giambi carrying himself the same as any other player on the team (instead of like a 20-year veteran with an MVP Award), Danny Salazar being scheduled to make his Cactus League debut for the Indians on Tuesday, and Terry Francona discussing Carlos Santana and third base ("We go more on his daily work and things like that. That's all been really good.").

Paul Hoynes of Cleveland.com is less impressed with Santana's play at the hot corner thus far, saying he's looked "stiff and uncomfortable." That's point one of five from Hoynes' daily notes. Point five includes mention of a handsome Indians blogger who pointed out a steep decline in Michael Bourn's bunt hits in 2013.

Hoynes profiles Jason Kipnis, who's glad to discuss any topic, except his contract. I pointed out yesterday that Cardinals second baseman Matt Carpenter is reportedly on the verge of a 6-year, ~$50-million extension, which seems like a suitable comparison for a possible Kipnis extension, given the similarities between the two players.

Al Ciammaichella at The DiaTribe is counting down the Indians' best prospects. The latest installment features his choices for prospects #15-11, including Jesus Aguilar and Carlos Moncrief. One feature I like is Al's "Glass half-full" and "Glass half-empty" assessments of each player's possible future. Lots of good stuff in this series.

Jonah Keri has his annual list of the best values among over/under win totals from Vegas. Keri lists four wagers he's comfortable making, and his highest-confidence pick is one that's sure to please Tribe fans.

Harry Pavlidis and Dan Brooks at Baseball Prospectus have a fantastic look at framing pitches and blocking pitches in the dirt, going into great detail while keeping things easy to follow. They find that a good catcher can add more than three wins a year if they're strong in those areas (or cost their team that much). The tables detailing the best and worst in recent years drive home how important it is that the Indians have Yan Gomes instead of Carlos Santana back there now.

If you live in the Chicago area, enjoy that article, and would like to meet one of its authors, Pavlidis and BP are hosting a get together this afternoon at Monti's (on the North Side) from 3:00 to 5:00. There will be free pizza and sandwiches, along with beverages from the bar. It's near the Brown Line, and metered parking is available on the street. I'll be there in a block-C Indians cap, if you're able to make it and feel like saying hello.

Jeff Sullivan at FanGraphs takes a stab at projecting each team's strength-of-schedule for 2014. He's got the Indians at 10th (toughest) in MLB, which sounds pretty tough, but that also puts them 10th in the American League, which doesn't sound quite as difficult (and goes a long ways towards reminding you how much better the AL is as a whole, compared to the NL).

A week or two ago I linked to Grant Brisbee's Google autocomplete results for various AL Central players. I thought it a pretty funny post, and while I know part of the appeal is seeing your favorite team's players, the entire series is now complete (one post per division), and all six entries can be found here.

I don't have a list for you this weekend. Instead, I give you picture I stumbled upon via Lonnie Chisenhall's Twitter feed, but which appears to originate here at SB Nation. 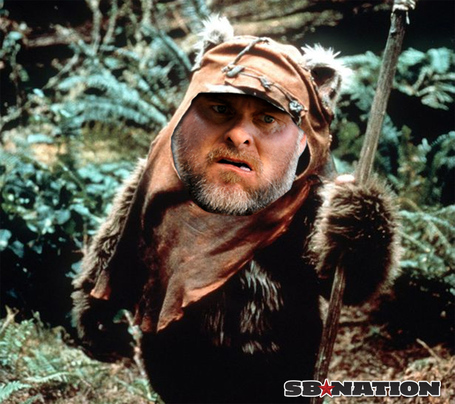 That will go nicely with the only photoshop work I've ever done myself, which you may recall from a few game threads last season... 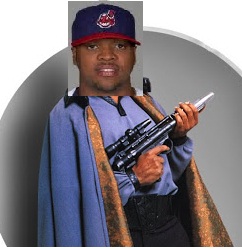 Clearly my photoshopping skills leave a bit to be desired, but you get the idea.