Share All sharing options for: Soylent Green is People: 6/14

Hey gang! I think we can all agree that it's about time for another edition of Soylent Green to come rolling off the assembly line.

Uh, it did, actually. In fact, it happened the week before that, and every week since more or less the beginning of the season. I mean, I guess I could go every other week so you could then make this critique again. Does anyone have an opinion regarding my current schedule versus once a fortnight?

Okay, once a week it is, then. I really appreciate your backing me up on that, 27ftBaja. Is there an appropriate way to express thanks in real life for a good deed done online?

Uh, is there like a pre-printed Hallmark card I could use?

I think I'm going to ignore custom on this one, then. He'll have to settle for my gratitude. That's good enough among friends, right?

Good. I like to think we're sticking together, riding through the failures and triumphs of being Indians fans as a unit.

Well, I'm sure they'll come. In the meantime, we can find our mini-triumphs along the way.

The Official gif of the Cory Kluber Society

Like that, for instance. Made that guy on the Red Sox look like a real doody head.

That's what I try to tell them. Nobody's willing to risk a liquor license on it. Before we get to the rest of the week in recs, I want to point out a couple of my favorites that I couldn't fit into the narrative above. First, a marijuana pun:

And this one, which was fun for "Ubaldi," a word that nicely encapsulates what we go through with our erstwhile ace/fifth starer:

I agree that those of us who do not see the world through Ubaldo-colored glasses wouldn’t consider last night’s Ubaldo to be good Ubaldo. However, I will take fortunate Ubaldo or decent Ubaldo, because both of those Ubaldi are better than Ughbaldo, whom we saw last time out.
by mtg8 on Jun 13, 2013 | 8:16 AM up reply rec (14)

And now the best of the rest, or the rest of the best, or whatever.

Sounds to me like you could shut out the indians for 6 or 7 innings.
"I can very easily see a scenario in a couple of months where we’re talking about our starting rotation as a strength.’’ –CA
by westbrook on Jun 10, 2013 | 8:37 PM up reply rec (5)

Did your great grandfather build Fenway or something?

OH NO I AGREE FULLY WITH SOMETHING COLS SAID
"I can very easily see a scenario in a couple of months where we’re talking about our starting rotation as a strength.’’ –CA
by westbrook on Jun 13, 2013 | 4:17 PM up reply rec (4) flag 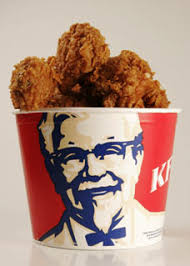 I think it goes without saying that Super Terrific Happy Tribe Hour is much, much better than my suggestion.
by VA tribe fan on Jun 10, 2013 | 7:05 PM up reply rec (3)

This is my first season doing this, and I'd like to believe I'm at least meeting the expectations you had when you heard Soylent Green was coming back.

Ouch, a kidney shot... from me! I've worked to make each of these more enjoyable to read than the last. I hope that effort has come through to you as the readers.