No, the Indians didn't acquire Johnny Mac for his bat.

Wow, this brings back memories...

Indians acquire veteran middle infielder John McDonald from Pittsburgh for cash or a player to be named. tinyurl.com/m7r24dl

McDonald was drafted way back in 1996 by the Indians, and quickly gained a reputation as a wizard on defense but did little at the plate. Even so, he's still around in the majors despite a career .237/.275/.328, and it's because he can still pick it on defense.Clubs always have a use for good defensive shortstops, and that's McDonald has been for going on 15 seasons.

When Asdrubal Cabrera went down with his quad injury, they needed a backup shortstop, and have been forced to carry Juan Diaz on the roster. Diaz is in the midst of a horrible season in AAA, and rotting on the bench isn't going to help him or the Indians, so that's why McDonald is here. John can spell Mark Reynolds at third, Jason Kipnis at second, and of course Mike Aviles at shortstop. 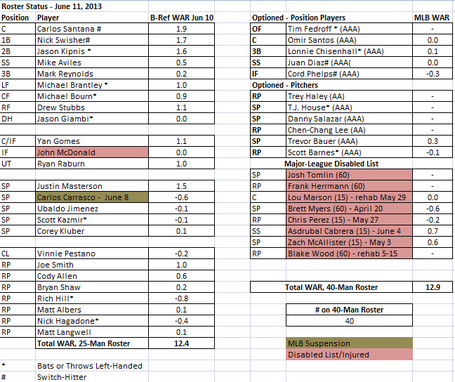