Scott Barnes has been optioned back to Columbus, RHP Matt Langwell has been called up to replace him.

Barnes allowed 5 runs in the 3rd inning last night, the 25-year old lefty had pitched 6.2 scoreless innings over his previous 4 appearances and has good strikeout and walk rates; he will likely be back with the Tribe at some point this month.

This scouting report from last January at Indians Baseball Insider says his fastball is said to top out in the low-90s and he throws a decent changeup and slider. 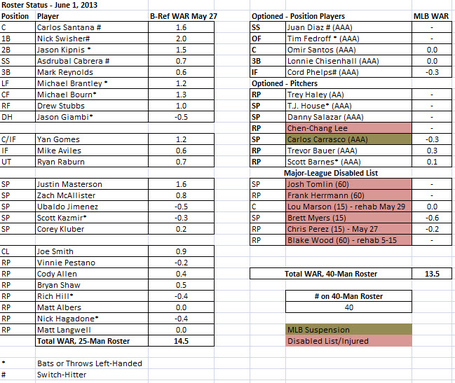