I did neglect to update the 25-man/40-roster after the Marson/Gomes move, so here's that: 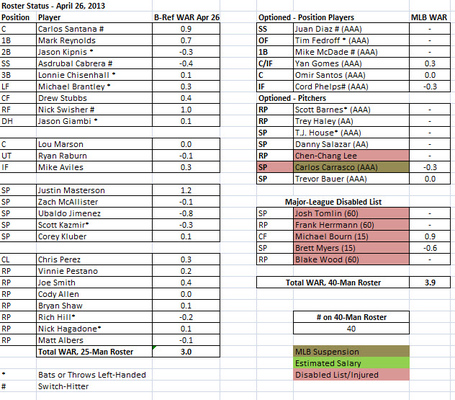 I've replaced the ZiPS WAR projections with actual WAR (from B-Ref). It's still very early, but I figure this way you can see who on the roster is doing well and not so well.

Tonight's Lineups (same as last nigh):