The Cleveland Indians as a euchre deck.

A couple weeks ago a spirited discussion about euchre broke out here. It then moved to Twitter, and suddenly I had a rare idea.

Share All sharing options for: The Cleveland Indians as a euchre deck.

Hm? What is euchre? Well, it's a card game particular to the Midwest, in which two teams of two people each try to win three or more [card] tricks in a hand, which gains points, and the team that accumulates the most points wins the game. Once the trump is selected, each card gains a comparative value; for example, if a trump ace and an off-suit ace is played in the same trick, the person who laid the trump ace down wins the trick. (If you're still confused, please see this helpful webpage.)

One of the unique facets of the game is that it uses only a portion of the standard deck of cards; it uses only the nines, tens, jacks, queens, kings, and aces (24 in all). That's where I got the idea of using a euchre deck to rank the Indians players through the first part of 2013; there's 25 players on a roster, and 24 cards in a euchre deck. Please do not take these rankings seriously; I sure didn't.

I was planning at first to just list the players by card group, but then Photoshop was opened, one thing led to another, and finally this happened...

(assume that hearts are trump) 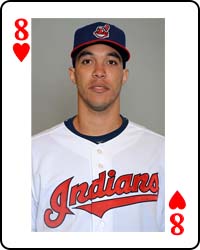 Because there are only 24 cards to a euchre deck, the 25th card is by definition useless. I pondered whether to assign this infamy to Brett Myers or Ubaldo Jimenez. Ultimately Jimenez won out, for Myers isn't going to pitch for a while, and Jimenez will, accumulating negative WAR all along the way. Then the question became...what card to assign Jimenez? I thought perhaps a score card (usually the 4 and 6) would be appropriate, then thought of the joker. Finally I decided a plain old eight would do; he might look like a euchre card, but he really isn't. 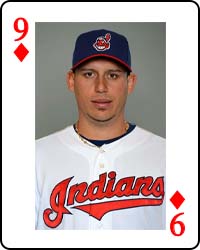 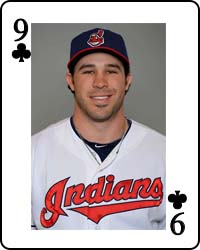 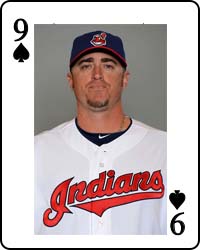 These cards can never win a trick, so are the lowest-value cards in a deck. If you have a couple off-suit nines in your hand, you certainly won't be telling the dealer to pick the card up. The only real use for them is fodder; if one of the other team lays down the right bauer, that's when you play your off-suit nines.

Going into the season, Cabrera and Kipnis were thought of as trump cards, but instead they ended up here, Asdrubal's winning hit last Monday notwithstanding. 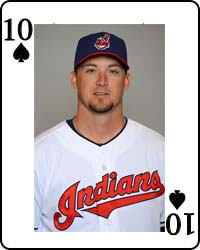 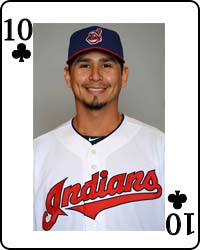 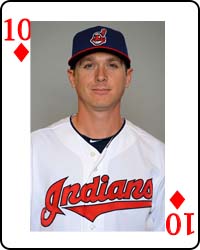 Still not very good. You have very little chance of winning a trick with these guys, unless the other team plays two nines. Well, last weekend, the Astros had nothing but nines, figuratively speaking, so the Indians were able to get away with playing Kazmir. But you normally try to stay away from counting on these cards. Kazmir and Carrasco both have had just one (poor) start this season, while Raburn hasn't done (.212/.297/.303) much in 37 plate appearances. 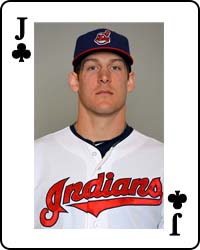 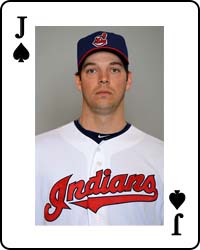 When you first get these cards you get excited, but when the opposite-suit trump is selected, they go from the best cards in the game to one of the worst. These two southpaw relievers haven't been in many high-leverage situations this season. 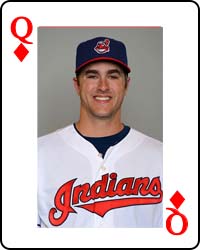 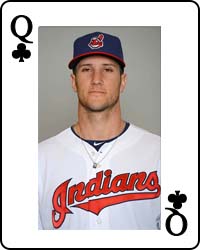 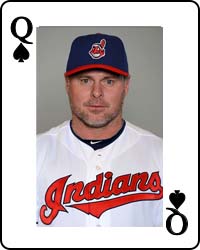 Getting better still. These are still fairly weak cards but you can possibly win a trick with one. All these guys haven't been great but have helped the Indians in a couple games this season. 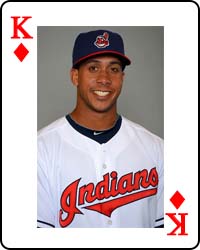 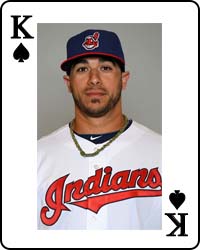 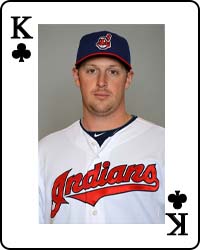 You can count on taking a trick with this card if played early in the hand. These players have been decent so far this season. 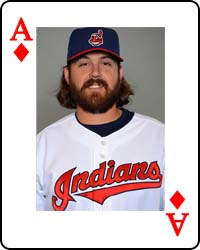 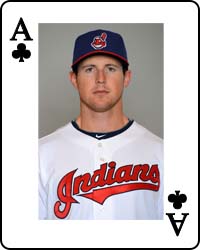 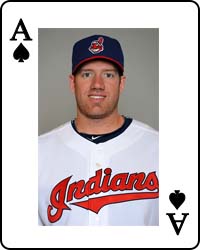 These are the best non-trump cards you can have. You usually try to lead with an off-suit ace early in the hand; if you're lucky, the opposing team will have to follow suit and not lay down a trump.

I was a bit surprised that Gomes and Stubbs made this group, but each has been surprisingly good..plus there were a lot of players that have had bad starts to their season. 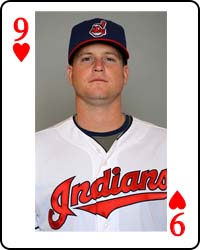 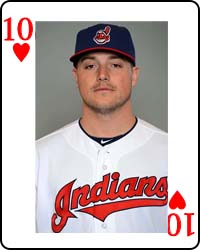 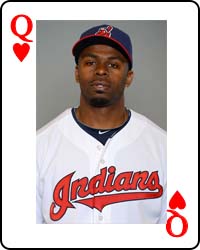 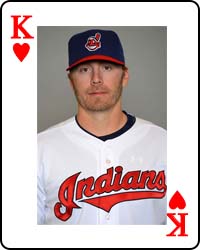 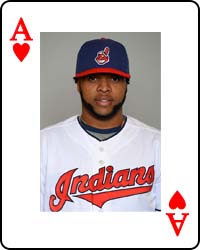 These are the cards you want in your deck. If you have a two trump in your hand, you should be able to eke out a point assuming your partner is has a decent hand. No surprises here - these players were all good last year plus free agent addition Mark Reynolds. 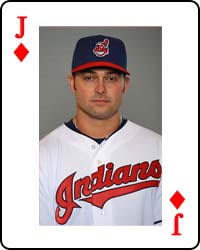 Nick is unhappy because he wasn't the right bauer. Poor bro.

(Note: euchre came originally from Germany, and "bauer" in German means "farmer." You'll also see these two cards referred to as the "bower," but I'll keep the original spelling because of the obvious Indians connection.) 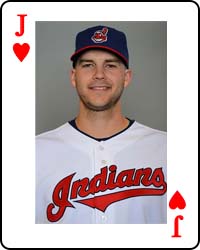 The right bauer of this set has to be Justin Masterson, who has almost single-handedly carried this rotation through the first 3.5 weeks of the season.

So there you have it. The next time you have some time on your hands and a game of euchre breaks out, you have yourself a nice deck to use.