The Indians continue to have an eight-man bullpen, though I think that's going to end when Lou Marson is activated in a couple of days. With Ryan Raburn used more an outfielder now that Michael Bourn is on the DL, Gomes can play first and third until Bourn is ready to come off the DL at the end of the month. 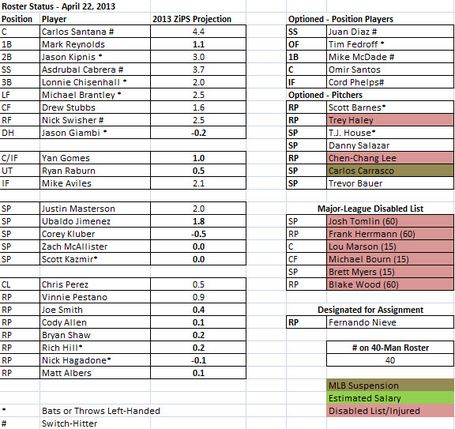 Asdrubal Cabrera only needed one full out of the lineup, as he's back in there tonight. Jordan Danks is in the lineup because Dayan Viciedo is on the Disabled List; otherwise, it's a similar lineup to the one the Indians faced last week.