Green with it, rock with it.

Share All sharing options for: Soylent Green is People: 4/12

Welcome or welcome back! I noticed after last week's post that there were a few people who were not familiar with the Soylent Green series. There's no shame in being a newcomer, so I thought I'd put together a little helpful guide to getting along with everyone here at LGT.

HE is Jay. HE tells us what to think, we think it. That alone will get you far here. Don't worry about losing your personal identity though.

There is one other thing you need to know, I suppose.

No Indian fan under any circumstance cheers for a Yankee. Never.
Combining folksy good sense and cutthroat business tactics for the last two centuries.
by mauichuck on Apr 8, 2013 | 2:40 PM up reply rec (4) flag

Never? Why would we be so absolute about not cheering for any member of the Yankees at any time?

Good. Here's the rest of the week in recs.

I don’t think it is fair that we must be subjected to Flogressive commercials when Pedro Cerano is the spokesperson for Allstate.
by Brick. on Apr 7, 2013 | 11:32 PM reply rec (6) flag

Mark Reynolds is going to hit the Progressive Field scoreboard with a home run this season
by tr1betime on Apr 7, 2013 | 5:10 PM reply rec (6) flag 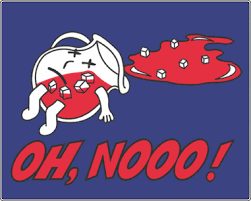 I did like when Rick Manning was giving him the business. “That’s an attitude problem.” Far more egregious than say, sleeping with your best friend’s wife.
by Brick. on Apr 10, 2013 | 1:50 PM reply rec (7) flag

That's it from me then. Apologies if this shows up a little funny this week; my computer crashed while I was writing it and it seems to have messed with the formatting a bit. If one of the other authors knows how to straighten that out, please feel free to go in and do so. For the rest of you, I'll see you next week, and happy reccing.