UPDATE: For the second straight day, tonight's game has been cancelled.

There it is: Indians-Yankees has officially been postponed due to rain. Second wash out in a row. No makeup date announced yet.

To this point there are no delays...

We are currently planning to play the game as scheduled tonight. We will update with info on any possible delays as they happen.

But the radar doesn't look good. 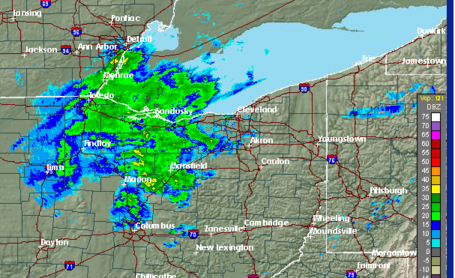