Continuing from Part I, we now review the caps used for road games. A lot of this might be duplication from the home cap post, but I uploaded all of the images for completeness.

In 1901, the same all blue cap was used for both home and road games. 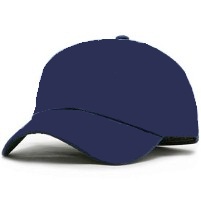 In 1902, the road uniform changed to an all blue, that matched the cap. But to distinguish it from the home cap, white stripes were added. 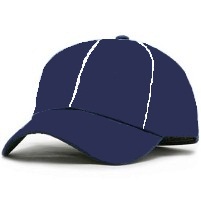 In 1903 the same blue cap with white stripes cap was used, but the block C was finally added. This was used though the 1904 season. It made a return in 1917 for two seasons, albeit with a slightly thinner block C. 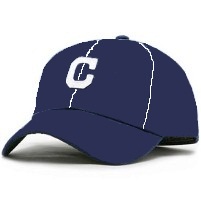 In 1905, the road uniform changed to an all gray for the first time. The cap itself matched the home one, the block blue C, blue bill and blue stripes, but the cap was gray instead of white to match the road uniform color. This was used from 1905 through 1907. 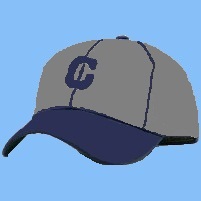 In 1908 and 1909, the same style cap was used, but the blue stripes were removed. And this would be the last time gray appeared on the cap. 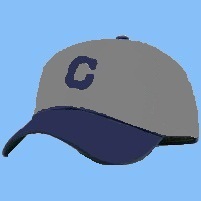 Did you know that the Naps wore black? Neither did I until reviewing the Dressed to the Nines baseball hall of fame exhibit (hopefully it is accurate). In 1910 the blue accents with the gray uniform were replaced with black. And the cap changed to match it. This cap was only used for three seasons with a thinner block C noted in the home post. This was used from 1910 to 1912. 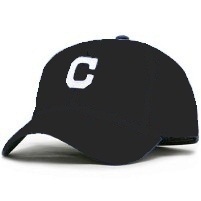 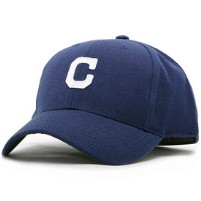 As stated in the home post, in 1921, the C changed. to this version. But in the 1921 season, the cap was all black to match the accents on the road uniform. This would be the final time black would appear on the cap or the uniform. 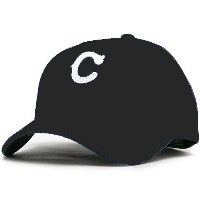 In 1922, it switched back to the classic blue. This version was used from through the 1936 season and once more in the 1941 season. 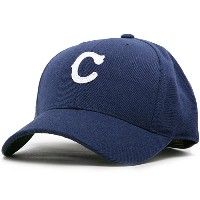 Although the home cap switched to the Cincinnati C in 1933, the road cap did not switch until 1937. And when it did they used white instead of red on the blue cap and blue bill. This cap was used through 1940. It was also the alternate cap for road games in 1941. 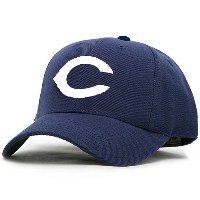 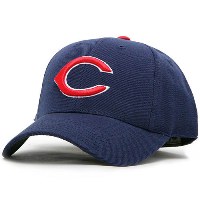 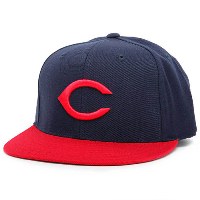 And the Chief Wahoo version with the Cincy C also mirrored the home version from 1954 to 1957. 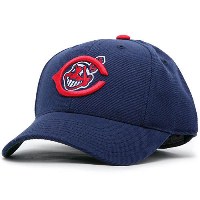 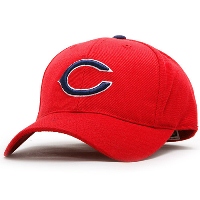 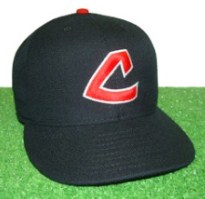 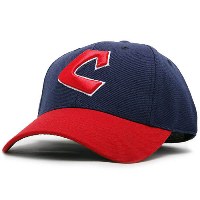 Repeat ... the Block C with the blue cap and red bill 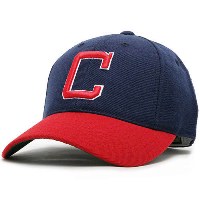 And again, when the home caps changed in 1986, so did the road caps. Chief Wahoo on blue with a red bill was used for both home and road. But this version was only used on the road through 1993. 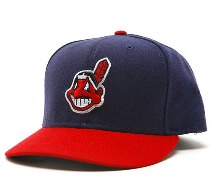 In 1994 for the first time in 53 years the road cap diverged from the home version. The same Wahoo cap was used except the bill changed from red to blue. This was the primary road cap through the 2010 season. This has also been used as the alternate road cap in 2011 and 2012. 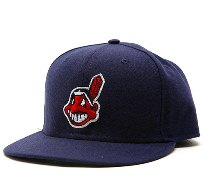 In 2011, the primary road cap switched to the block C version used previously as the alternate home cap from 2008 to 2010. 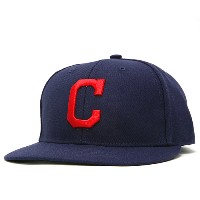 I am not 100% sure that the four seasons noted as black caps actually happened, but that is what the Dressed to the nines exhibits show. They could be extremely dark navy blues as well.

Also, these two posts do not really differentiate when and if different shades of blues were used. As far as I can tell, the initial blue was more of a royal blue and then the blue used from 1910-1932/36 was a muted royal blue. Since then the dark navy blue has been used in several different shades.

There also seems to be a variety on the Block Cs used, but this will be covered more in Part III. Also Included will be a tabulation of data and a vote on which logo is best. Part III will be posted on Friday.