Second Base: A Dialogue

Share All sharing options for: Second Base: A Dialogue

My friend Tyler Chirdon and I have been arguing about second base a great deal lately. After some back and forth, it seemed that an abridged version of our debate would be worth sharing here. What follows is clipped from email conversations. Due to its totally inappropriate length, the second half will be posted in the next few days.

TC: Kevin Kouzmanoff, Sean Smith, Franklin Gutierrez, Cliff Lee, and two consecutive second round Rule 4 picks: This is some measure of cost of the Indians’ failure to establish a Major League talent at second base in the post-Belliard era.

And, yes, Andrew, I’ll cop to over-stating my case, if you’ll admit it’s possible we’ve been under-stating the damage wrought by our second-base foibles. I don’t want to turn this into the Ronnie B. Appreciation Hour  or anything, but when we flipped Belliard to the Cards for Hector Luna (Hector Luna!) and plugged in Josh Barfield, about 40 points of OPS+ out of the keystone evaporated. We’ve been scratching and clawing to get those points back ever since Barfield’s unceremonious slide down the depth chart and into irrelevance.

AH: Briefly, a meager defense of the incredible misadventure that was the Indians' second basemen in the second half of decade now ending. Once Belliard was shipped to St. Louis in 2006, management moved quickly and acquired what appeared to be a solution better than any on the free agent market:

AH: Josh Barfield. If you look at the players that were being seriously bandied about pre-Barfield it's obvious that, in the offseason between 2006 and 2007 the Indians did not let a permanent long-term solution get away.

Then, in 2007, the Indians watch their new second baseman of the future, the son a major leaguer no less, play himself completely out of the major leagues. Of course-why wouldn't that be the case?

TC: Some cle.commers play out alternate histories in which Brandon Phillips never left. Mine is that Josh Barfield never sucked.

AH: Seriously, how much more stunning an occurrence could there have been? What more of an omen did we need before we'd realize, "Oh, it's GOD that doesn't want us to have a good player at second!"

(As an aside, isn't it staggering that Josh Barfield got to play 3/4 of a season at that level before the plug was pulled and Andy Marte never got the same shot? If you had rewound to 2007 would any of us have thought that would be the case? How utterly strange and how totally instructive of the fickle nature of getting a shot in the majors.)

We didn't get the message and, besides, we (thought we) basically had the best team in the majors. The front office had been decisive in making Asdrubal Cabrera the new solution at the two-bag (trade mark it -- that one’s going places), and how could you blame them? All he'd done was punch out at 775 OPS in 45 big league games, and, of course, Peralta had OPSed 991 in the postseason. Portly Shortstop was still close enough to 2005 for us to believe his post-season performance was some kind of return to form.

TC: Revisionist history, I know, but there was still a hole at second. Or, rather, we plugged the hole at second with our best shortstop, choosing instead to create what looked less like iceberg-sized holes on the left side of the infield by using a third-baseman at short and a right-fielder at third. 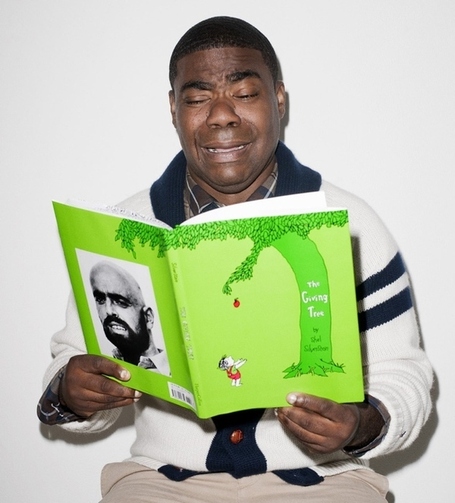 AH: Then, in 2008, GOD smites us again! Peralta's range (or maybe just our perception of it) finally shrinks to an unacceptable level, the Indians go totally in the tank and everyone starts squealing because wasn't Cabrera a glove-first guy, anyway? Who knows if he really was, but he got tagged that way because he was so young that his bat hadn't caught up to his level in the minors. Regardless, he was better than Peralta. This was clever of the Almighty who was tormenting us -- he took away our pivot man not by striking down the second basemen himself, but by striking down the shortstop. Pretty ingenious.

Even with all of this keystone adversity, the management made the requisite moves again in the offseason and again we ended up with a decent fix --

TC: Time to give some kudos to Dr. Van Arsdale here for his demure foresight into L-Val's career in the aught-nine Annual: "[G]iven the wreckage of other recent Indians attempts to fill the second base position, a degree of caution would seem to be in order." Ah, so.

The storms of the last two seasons have washed away the veterans and roster detritus and Tony Graffanino, exposing the Indians’ middle infield for what it is. Jamey Carroll bid us a gap-toothed adieu; Jhonny Peralta shuffled off to the hot corner en route to Detroit, taking out his frustration on Asdrubal’s forearm as a parting gift; and Valbuena lost his bat somewhere on northbound I-71. Looking over the production the Tribe’s managed out of second base, I am reminded of my college macro-economics professor’s flat-toned assessment of our mid-terms: "I have graded your tests. The scores are not good." 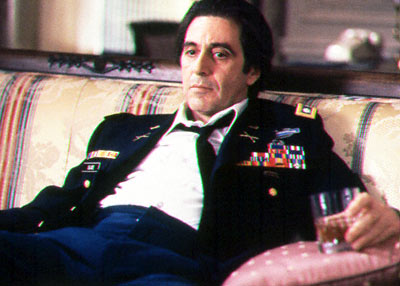 AH: Admittedly, I'm playing the process game-who care if the patient's dead? I took the blood pressure, just like I was supposed to do! However, if you really want to talk about the second base problem, I'd contend that watching LV stumble out of the gate is the first time I really got the uh-ohs.  The Indians had cheaply acquired three different guys over three seasons (Eduardo Perez, Franklin Gutierrez, and Kevin Kouzmanoff do not a kingdom make) and, by all accounts, one of them should've solved the issue. One cratered -- unlucky but understandable. Another has cratered -- very unlucky and harder to understand. Most improbably, one moved to SS and, in doing so, moved the SS not to 2B, where I feel sure a majority of fading SS go first, but instead to 3B!

Ever since Barfield it always seemed like a solution was in place. Watching Valbuena play himself out of the starting nine of my dreams was when I realized that solution was four years coming and still hadn't arrived. Like Frank Slade says, I'd been in the sugar business so long I'd forgotten to taste the honey. We hadn't really paid steeply for any of our second base solutions (Devotees of  Death To Flying Objects, speak to me when his OPS is over 710) and yet they all seemed like they were going to work out. And then they didn't. "The eternal silence of these infinite spaces frightens me." -Blaise Pascal

TC: I don’t know. Doesn’t the fact that the Indians have been working on this problem for so long have a dollar value? I mean, the out-of-pocket cash and talent hasn’t been extraordinary, but after so many years and roster spots, I’d think the opportunity costs would mount significantly. Or -- if you're right, and it hasn't been that expensive of an endeavor -- did we get what we paid for?

I'll counter that the Indians probably believed there was a problem sooner than 2010, given that A) Jamey Carroll played a LOT and B) they continued to amass and promote upper-level second basemen with a vigor that bordered on compulsion. Since the Gutierrez-for-Valbuena swap, the Indians have drafted Cord Phelps (favorite anagram: "Perch Plods"), drafted Jason Kipnis ("Ninja Ski Ops"), and traded for Jason Donald ("Carlos Baerga").

AH: They knew Valbuena wasn't going to work?! Couldn't they have told us? We could've signed Carlos Baer- 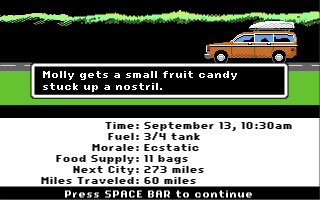 TC: You missed it, I disguised it as an anagram joke. And in answer to your question, I don’t actually argue that the Indians had suspicions about Valbuena necessarily. I do think that somewhere up the brain trust, there were spreadsheets titled "Middle Infield Depth" with yellow-highlighter exclamation marks all over them. It’s like in the Oregon Trail: You have no REASON to believe you’re going to break another axle, but after watching multiple literally snake-bit loved ones waste away, log-entry by log-entry, for want of an axle, damned if you’re not going to duck in Fort Walla Walla and buy enough of the suckers to outfit a 19th Century big-rig.

AH: I've always thought of Barfield as a victim of that most poetic Oregon Trail death: exhaustion.

TC: Anyway, here’s the apparent glitch in the Andrew Humphries Divine Failure Matrix: This season, none of the wagon axles are breaking. (Today’s recipe: metaphor smoothies!) Absurd (blasphemous?) though it is to imagine in light of the last half-decade, the Indians might -- might -- be paddling toward a logjam at second.