Talbot has been a pleasant surprise, posting an ERA under 4.00 and going an average of over 6 innings per start. He has a nice four-pitch mix, and has a good grasp of how to use them. I do have a couple concerns, namely his strikeout rate (4.0/9 innings), which is well below the league average of over 6 per 9 innings, and his walks, which are very high for a pitcher who doesn't get many strikeouts. You could respond by saying that Talbot isn't giving into hitters, and he is walking batters instead of giving up line drives and home runs (only .8 per 9 innings). Still, his strikeout rates resembles Jeremy Sowers' career averages, so I'm waiting for other clubs to make their adjustments. 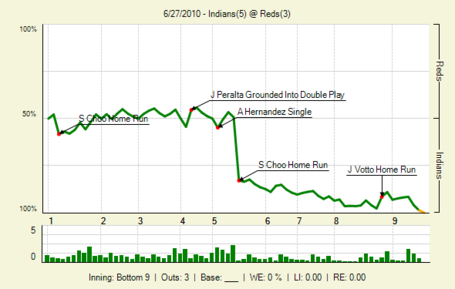