I have recently become an expert on "Winning Baseball."

Like most residents of the Midwest, I was intimidated by "Winning Baseball." It seemed so fore 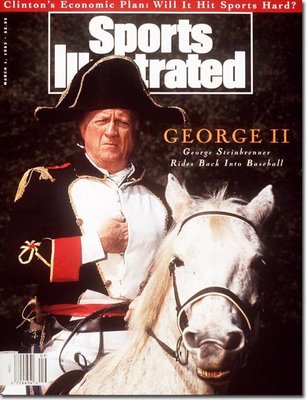 ign, so otherworldly, something that could only be enjoyed by the princes and princesses of the cradle of our great nation (I speak, of course, of the Colonial Northeast) or, occasionally, by some random team in another town because Jeff Weaver happened to get hot for once in his life.

I shouldn't have been daunted. Though "Winning Baseball" is regal, it is also welcoming. Anyone can be a part of "Winning Baseball", as long as they can afford one of two hats. Did you realize this? Our whole team could be part of a great "Winning Baseball" tradition if they'd just wear different hats! No one ever checks to see if you're really a "part" of it or anything, as long as you yell loud and have a made-up story about an Uncle who grew up in either Brooklyn or Brookline. I think pretty much all of our players would fit into a bar full of Red Sox or Yankees fans, except for Jhonny, who seems too sensitive and Carlos Santana, who I understand needs to work on his English skills. That's just my observation, of course.

You would not believe some of the things I have recently learned about the benefits of bringing "Winning Baseball" to a municipality. Consider the impact that cheering for outstanding players can have on the morale of a community. These wonderful athletes naturally become important civic figures, born leaders who help to improve the lives of a people. In fact, a recent historical analysis revealed what the lives of many of the greatest players of "Winning Baseball" would've been like had they been born earlier in human history. Seeing as this analysis involved bleeding edge technology and the results were so conclusive and fascinating, I don't think you'll mind if I include a chart that shows the three most likely outcomes for a few players:

As you can see, there are basic, undeniable, signs of successful character in each of these men, with the possible exception of Derek Jeter (Franklin was a philanderer, after all). Additionally, very famous people like "Winning Baseball." Some very famous people who are fans of "Winning Baseball" include Billy Crystal and Stephen King. Who's city would not be improved by a visit from Mr. Crystal or Mr. King?

So, how can we start to enjoy "Winning Baseball" in Cleveland, aside from my earlier hat idea? How can we make "Winning Baseball" our own, as opposed to latching onto someone else's version of it? Firstly, we need to establish a team adjective. Successful examples I've heard of are things like "True." As in, "Is Marty Cordova a True Indian?" (No!) However, "True" is already taken, so we need a different one. My suggestion is "Punctilious", which sort of means careful, in a persnickety way. We've had a lot of trouble with miscues on basic plays over the years, so I figured this was a good choice.  We need to stock our team with Punctilious Indians.

Now, the tricky part is determining which of our Indians are the most Punctilious Indians. It will have nothing to do with how much they actually emobdy the word "Punctilious." I know that sounds like it makes no sense but, I swear, this is how the Yankees do it. Essentially, an Indian will feel more or less "Punctilious." 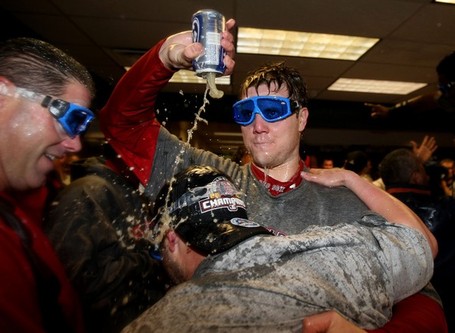 Once we've got our Punctilious Indians lined up, we'll need to supplement them with some free agents. Choosing players from the available pool is easy. Ask the player's agent, "Will this player for sign for less than all the money that exists in all of the banks in Cleveland, together, including electronic holdings?" If yes, then throw the agent out of your office. If no, then say, "Thank you for coming, Mr. Boras," and begin negotiations.

If you're still unsure about whether or not to make a player part of the Cleveland Indians, talk to the player. Does the player show any sign of recognition when the name "Andy Allanson" is said aloud? Then that is probably not a good player to sign.

Does the player think he is destined to play for the New York Yankees or Boston Red Sox despite having grown up in Texas? Then that is probably a good player to sign.

If uncertainty still exists at the end of your conversation, just sign the player with the understanding that if they are a poor fit, it won't matter anyway!

With apologies to John Hodgman.