The first full month of the baseball season is behind us, giving us the chance to take a step back and reflect on some highs, lows, and places in between....over a 6-pack.

1. Our cup may be a dirty blue-plastic Solo cup, but it is half-full

Last year at the end of April we were a team that was supposed to be a playoff contender, pre-season favorite to win the AL Central, ready to bounce-back from an injury-driven disappointing 2008.  And we were 8-14, having been outscored in April by 12 runs (117 runs scored - 22 in one game - and 129 runs allowed).  This year we are not a contending team and we began May in a pretty similar position, 9-13, outscored by 27 runs (77 runs scored, 104 runs against).

Of course how we got those 9 victories is quite different from a year ago, when our offense pulled us through April.  The reality of all those Mendoza-ish averages in the lineup adds a certain pallor to the early season.  Only two players, Austin Kearns and Shin-Soo Choo, have hit the ball at all.  Two guys.  With that in mind, if you want to laugh (mainly at me), go back and bookmark this thread.

2. If the offensive malaise of the big league club has you down, take some time to look at how some of our top positional prospects performed in April.

Converted second baseman Jason Kipnis (1.015) continues to be the early season hot-riser prospect for the Tribe (and the lack of discussion about his defense would seem to be a positive).  Lake County does not have the same quality of positional prospects, but that has not slowed down Bo Greenwell (1.142) from having the best April of any Tribe batsman.

There are, of course, a few stinkers - looking your way Abner and Beau - but a lot of positives.

4. Defense continues to confuse me.

I think on the whole, the Indians have been playing pretty adequate defense (and I know, the timing of this statement is poor).  But specific assessments are more tricky.  The early season UZR numbers for Asdrubal, for example, show him once again as below average.  In particular, UZR is once again down on his range.  But then if I look at the number of plays Cabrera has made out of his zone (OOZ), I see he has made an astounding 16 OOZ plays so far this season (compared to 74 balls in his zone, BIZ).  To put that in perspective, across the entire season last year he was credited with just 29 OOZ plays in more than 4 times as many chances.  How do these two numbers make sense?

Obviously there is much more to come from these guys, but I like the early goings.  Should be more than a few pitching gems in the Indians system in May, June, July and August. 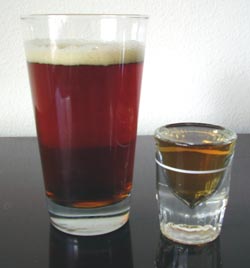