August is almost over, which means this painful 2009 season is almost over.  But the only thing worse than a painful season is a long and boring off-season.   So we might as well enjoy our early weekend 6-packs while we still have them.  Plus the Indians have actually been fun to watch of late, a nice change from earlier in the season.

Left field is not supposed to be an offensively challenged position.  And yet this season the only position the Indians have gotten less production from is catcher.  Here is the OPS by position, from best to worst, for this year's Tribe:

Our production from LF last year was a little better (761), but still not great.  It would be nice to see LaPorta out there for 140 games next year putting up a respectable compliment to Choo in RF.  And before everyone jumps on Shoppach about our catcher production, he has actually put up a 721 OPS as a catcher.  And Victor put up a 761 OPS while playing catcher (955 while playing 1B!), leaving the wonderkids of Chris Gimenez and Wyatt Toregas as the anchors.

2. It's getting better all the time

This is hardballtimes.com's picture of the AL Central this season.  It isn't pretty. 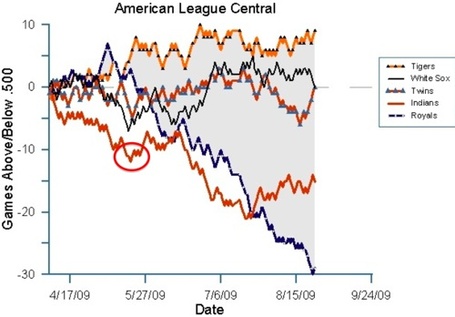 And I still think the time period circled in red is when the Indians should have acted dramatically to change the course of the season and fired Eric Wedge.

I try to not pay attention to the short-season teams because you are almost inherently facing small samples and the composition of the league changes quite a bit as draftees sign throughout the season.  Nevertheless this year's team, with a 41-23 record, is doing quite well.  I'm particularly interested in some of their offensive performances, so I thought it might be interesting to compare to Mahoning Valley performances over the past 5 seasons.  Here are some notes:

According to HitTracker.com, Kelly Shoppach has the longest true-distance HR for Cleveland this season, at 460 feet.  Shin Soo Choo, however, has the next 3 longest shots, 434, 433 and 432 feet.

6. Chris Perez is better than bad

He's good.  Here is his line over his past 16 appearances, stretching back to July 8th. 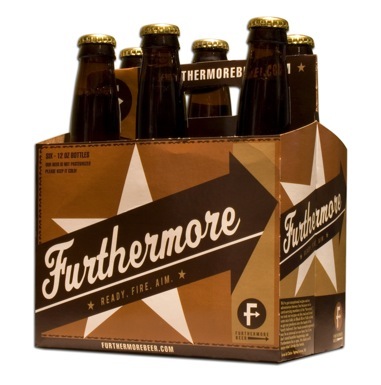