Ghosts of the Present

Share All sharing options for: Ghosts of the Present

There are alternate realities in which Victor Martinez exists. There is a world where Victor kept to a strict workout regimen and never moved off shortstop, the second coming of Omar Vizquel plus five inches, thirty pounds, and 108 points of slugging. Someone on some planet picked up a newspaper dated October 22, 2007 and read that Victor and the rest of his teammates stood up to the bullies, punched Pedroia in the face when he asked for their lunch money for the third time in four days, spit in the face of Theo Epstein and big markets, and told everyone who would listen that they didn't care about money or money or money: they only cared about each other. And there is an even more fanciful plane of existence that we can all tune into right now over at the Worldwide Leader or in this year's playoffs: in that alternate reality(or at least that's what it feels like to me) Victor Martinez is a member of the Boston Red Sox.

Victor Martinez has a multitude of gifts in terms of a baseball diamond. First and foremost of these, Vic has a preternatural gift for simply hitting the baseball. He can hit it down the line, he can hit it the other way, he can hit it out of the park if need be. Victor, simply, can hit. He has also been a stalwart (if at times maligned) backstop throughout his career: he blocks the plate extremely well, when healthy he has kept the running game under control and he is constantly cited as one of the best in the game at helping his pitchers excel. There's little point in reiterating yet again that Victor is one of the best catchers in baseball over the last 6 years. It's self-evident. 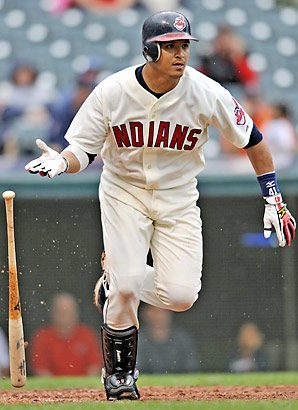 However, unlike many other players, Victor also has a multitude of gifts not in terms of a baseball diamond. He at least appears to be kind and gracious, a loving father and a friend that we would all be lucky to have. More importantly, he is as charismatic a leader as has ever been seen in a Cleveland uniform. That leadership put him at the core of the Indians' last half decade. When Shapiro was making his Plan, he did not err in placing Martinez directly in the middle of it. 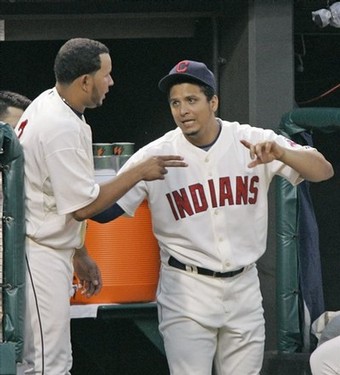 This season, everything tumbled to the ground for Shapiro and his Indians. Yet, even as the gyre got wider and wider, even as things fell apart, the center defied its surroundings and held. Victor held. In a lost season, he stood at the epicenter of a devastating earthquake, one that would claim nearly all of the surviving members of his Indians' generation, and he swung that beautiful bat for us as if the ground weren't shaking. Over his first sixty games this season, as his team collapsed around him like some farce where no deus ex machina would ever emerge, Victor OPSed .955 and emerged as a should've been MVP candidate on a terrible baseball team. Finally, after the season was long since lost, Victor's strength or will or luck or something gave out, just as everyone else's had. His July was among his worst months ever and yet, even with 93 at-bats worth of a .530 OPS, Martinez had done enough to make it possible for Shapiro to turn him into a trio of talented young assets. In the face of what we've lost that's small solace but it seems worth noticing that even on his way out Victor gave back to Cleveland with his performance.

Like us, Victor could not choose in what reality he would exist. He could no more make himself a gigantic version of Omar Vizquel than he could will Fausto Carmona and Rafael Betancourt to succeed in late October of 2007. And, just like us or Mark Shapiro, Victor could not fix the competitive imbalance problem that exists within baseball, the exact problem that has made players of Victor's caliber and contract status a mainstay in Boston and a trading chip in Cleveland. However, in the midst of all this not being allowed to choose, it's worth reflecting on what, if given the option, Victor would've chosen. Through his statements and actions this week it  certainly seems that, unlike a host of other players whom I do not intend to denigrate, Victor would've chosen us. 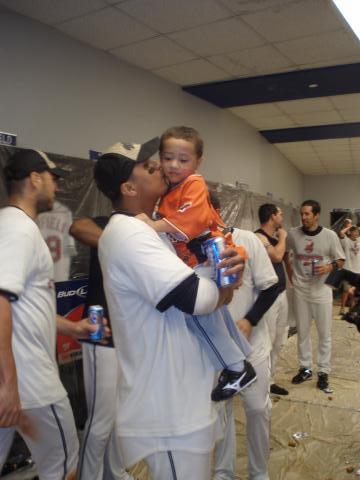 The reality that Victor Martinez was so attached to that he had to wear sunglasses in speaking to the press was not an easy one to love. Since his arrival in Cleveland in 2002, Victor's Indians have been to the playoffs only one time, they have posted a winning record only two times, and they have routinely exploded in the faces of optimistic pundits and a dedicated fanbase and front office. His reality has been the same embarrassing stinking mess that we have all been so frustrated with over the past two seasons. And, in spite of all that, Victor loved it. He loved Cleveland. He loved his teammates. He loved us. He had every right to be glad to finally be rid of the baggage that Cleveland carries, the inbred ability to lose in horrifically innovative ways and, yet, there he was. Glasses on. Wishing he could stay. 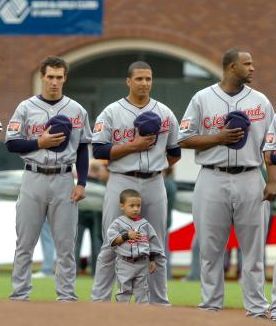 Like it or not, we are a part of the Cleveland Culture to a degree that most players will never be; we have chosen to be here and, barring some disgusting turncoat act of fandom, we will remain here. Players, on the other hand, may leave all of this behind in the blink of an eye when the circumstances align. They may put on pinstripes or Phillies' caps, grinning ear to ear, and it is hard to fault them for that. This week Victor, god bless his soul, didn't want that. He wanted to stay with us in this terrible, horrible season. Even if the siren song of free agency would've eventually pried him away 18 months from now (or even if it would not have) his deeds and words this week reflected how badly he had wanted to be a part of the solution that had never come.

Martinez was shipped away and, within hours, the banners were removed and his picture was painted over. Yet, Victor lingers. He leaves behind a young core that he was instrumental in introducing to the majors and a group of young pitchers that were acquired directly in exchange for him. He leaves behind a countryman, perhaps the actual next Vizquel, who, if you squint and tilt your head just right, can remind you of Victor in ways that seem to matter. Still, the phrase "leaves behind" has an operative word: leaves. Victor leaves. Victor is not an Indian and he's likely not coming back. But you know what? 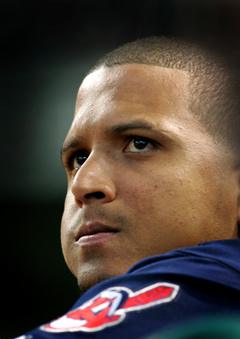