This week's early weekend 6-pack is going to be heavily focused on prospects - in part because we have so many new ones coming in, but also because I've started working on an end of July minor league system overview (hopefully out sometime this weekend).  But as with Betancourt, Lee, Francisco and Garko have all been here long enough to get an early weekend salute.

1. The sleepy kitten has left the building

Lee had about as interesting, or perhaps unexpected, 7-year run in Cleveland as is possible.  Coming in as the second big piece of the Colon deal, Clifton Phifer Lee achieved quite a bit of success early on in Cleveland.  In his first two full seasons in the rotation, 2004 and 2005, Cliff went 32-13 with a 4.56 ERA.  It was in part derived from luck (2004...) and at times he struggled with control and HR tendencies (52 in those two seasons), but Cliff showed three good major league pitches enough to be considered at times the perfect compliment to CC Sabathia in a young rotation.  Ironically, the Indians big step forward in 2007 coincided with Lee's big step back.  The homeruns (17 in just 97 innings) and control caught up to him and his ERA ballooned over 6 as he made just 16 starts with the big league club.  He even got some work out of the bullpen in a hope that he would regain some usefullness for the club.  But he didn't, and so as the Indians moved in the postseason, Cliff wasn't even part of the roster.  Lee then found himself auditioning for the 5th starter role heading into 2008, eventually winning it more by default than performance.  But something clicked as the regular season began.  His pitches, all of them, were hitting their locations with zest, all of them.  After giving up 17 HRs in less than 100 innings the previous season, he gave up just 12 in a career high 223 innings in 2008.  He walked a league leading low 1.4 batters per 9 innings.  Despite the disappointment of the season for the team, Cliff Lee's unarguable Cy Young (and back-to-back with CC for Cleveland) highlighted the season.  And this season, without quite as much success, Lee has been doing much the same.  To show what an unexpected turnaround Lee made in 2008, here are the numbers from his first 7 starts of the 2008 season.

Memo to the Columbus to Cleveland shuttle bus - that is how you nail down your rotation spot.

Garko's career line in Cleveland (which in a very strange coincidence includes an identical number of minor league and major league ABs):

Compared to his minor league career in the organization:

And not to be forgotten, Garko was pretty good in the 2007 playoffs (.314/.385/.514).  I tried to find that image of Garko shotgunning a beer from one of the 2007 playoff locker room celebrations, but failed.  This is a nice picture of him, though (and several other no longer with us and possibly soon to be gone guys):

High school teammates, college rivals (UCLA, Stanford).  Cleveland teammates, NL rivals.  Francisco is not a bad fourth outfielder candidate, especially for an NL team, and now he gets the opportunity to be just that.  Unlike Garko, Francisco spent more time in the minors (.291/.357/.459, 611 games) than in the majors (.261/.332/.437, 234 games).  Baseball...like the civil war, pitting brother against brother, but with better hot dogs.

5. I'm just going to steal this list from Jay, who posted it in one of the threads

This is where all these players fit in (roughly) according to Kevin Goldstein's preseason rankings from Baseball Prospectus:

UPDATE:  I added the players acquired for Victor into this list.  Masterson was beyond rookie status and thus was not ranked by Goldstein as a prospect in the preseason.  However, Goldstein also ranks each team's "Top 10 Talents 25 and Under," and Masterson is placed on that list in between Boston's #1 and #2 prospects, each of whom is rated a five-star prospect. Just think — Brantley no longer makes it into the Indians pre-season Top 20, based on who would eventually be with the team. [Jay] 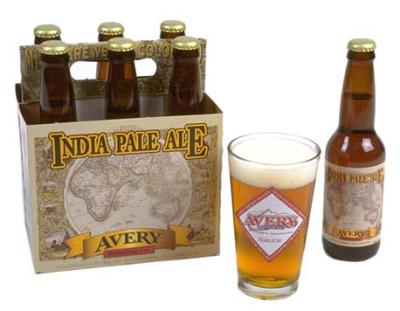