I don't have much to say about this game, since it's been overshadowed by the pending trade of Cliff Lee and Ben Francisco. Since the trade isn't complete yet, Lee and Francisco were sitting in the Indians dugout all game long, which had to be very awkward.

Aaron Laffey gave up two runs in the first that weren't really his fault, but then got rocked for five more runs in the fifth. After that, the game was out of reach, for John Lackey went seven strong innings, limiting the Indians to one run on 3 hits and four walks. 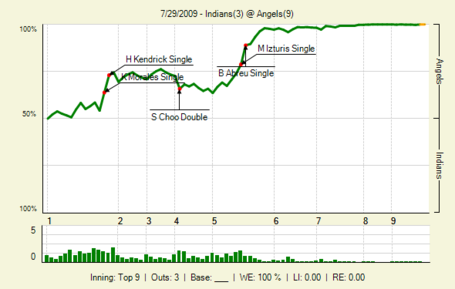