Were you shocked at this score? No? Me neither.

Tomo Ohka lasted into the fourth, but then gave up a quick four runs on back-to-back home runs. The scary thing is that he's probably going to make at least another start. Ohka's a symptom of the Indians' starting pitching troubles, because if he's is in your rotation, you have personnel problems.

On the other side of the scoreboard, Justin Verlander shut the Indians out for seven innings before giving way to the bullpen. The Indians got five hits and three walks off him, which was a better effort than their other appearances against him this season, but they still couldn't push a run across when they had the opportunity. Not that it would have mattered.

Next Up: The All-Star Break, and then the second half. Yes, there's more where that came from. 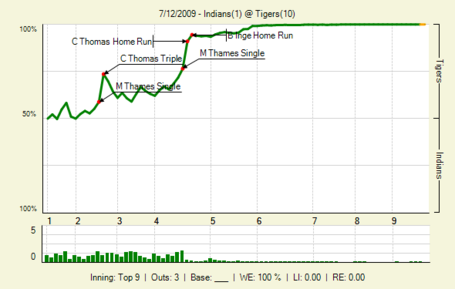