Whither, Dr. Faustus, whither?

Share All sharing options for: Whither, Dr. Faustus, whither?

Though it hardly seems like it, it's been two full years since we watched Fausto Carmona annihilate the American League. In 2007, Fausto did everything right and was arguably the best pitcher in the entire AL. It was stunning to watch and raised a lot of questions about the young man: what is the secret to his success (groundballs, new teeth), will he stand up to the pressure of the playoffs (resoundingly so), and, most importantly, what is an appropriate nickname for him? 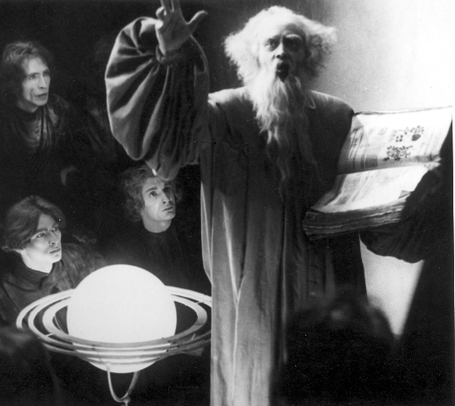 There were many competitors for the title, perhaps most memorably "Ice Cold Fausto", a straightforward attempt to say that Fausto was good like beer is good. Simpleminded, yes, but also effective. However, what stands out to me, even now two years later, was a brief border skirmish over the use of the nickname Dr. Faust. This allusion to the Faust legend didn't make a great deal of sense at the time-as Jay argued, Carmona was simply a gifted young pitcher; to put another way, Fausto was not a tragedy. He wasn't even a drama. He was a Stephen Segal action flick, with the role of Fausto C. Carmona played by Stephen Segal.

Since that sanguine time, things have changed. Fausto has, rather suddenly, become a tragic figure. As his control has disintegrated so have the once lofty hopes that many held for him; with Fausto now somewhere in Arizona it seems appropriate to revisit the discussion. Is Fausto a Faustian figure? The two most famous versions of Faust are those of Christopher Marlowe and Johann Goethe; if Fausto is going to be Faust, he might as well be one of the famous Fausts.

Marlowe's The Tragical History of Dr. Faustus is a relatively traditional telling of Faust and appeared within a few years of Faust first appearing in print anywhere. As such, Marlowe's is the first major Faust in the English language. Dr. Faustus essentially comes to the end of all learning, having mastered Logic, Medicine, Law and Divinity. Since he's done with all that, he decides to get into magic and, within a couple of pages, he's face to face with Mephastophilis, a sort of servant devil to Lucifer, the head devil. They get to talking and strike a deal: Mephastophilis will be Dr. Faustus' servant for the next 24 years, at which point Dr. Faustus will turn his soul over to Lucifer. As these things tend to go, Dr. Faustus is supposed to sign the contract in his own blood and when he cuts his arm to draw the mortal ink, the wound is instantly healed in the shape of the phrase "Homo, fuge!": "Man, fly!" Obviously, someone is trying to tell Dr. Faustus something. He ignores the message and breaks the wound open again, signing the contract. When the paperwork is all filed, Dr. Faustus sets to work and does, umm, nothing all that interesting. He just sort of bides his time until he's damned via dismemberment. 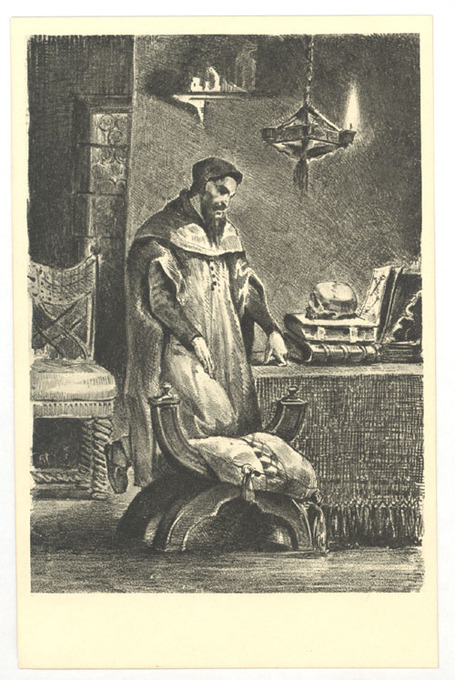 So: is Fausto comparable to Marlowe's Dr. Faustus? There is one exceptionally obvious parallel here in that Fausto's first meltdown season, 2008, was at age 24-did his deal with Mephistophilis run out just in time for the Indians ill-fated run last year? This line of thinking doesn't hold up to a great deal of scrutiny. If Fausto had had a 24 year deal with the devil and it allowed him to be an awesome pitcher, shouldn't he have been more awesome in 2006? And shouldn't he have been able to use that deal to get better teeth sometime prior to his entrance into the Indians' organization? The only possible interpretation here is that Fausto had a 24 year deal with the devil that he was unaware of up until 2007 and, well, I just don't see how that's possible. If he made a deal with the devil, he would know it. It's a pretty dramatic scenario, at least from what I read in Marlowe.

There is a point to be made regarding Fausto still being in his deal with the devil and wasting it idly. After all, Fausto still has the turbo sinker, the tool that the devil almost certainly would've provided in this scenario. However, he refuses to dedicate himself to using his gift from hell effectively, arriving to camp out of shape and willfully missing the strike zone (ok, maybe not willfully). Still, the only way I can see this version of Faust being a good comp for Carmona is if he has a tattoo on his forearm that says "Homo, fuge!" in which case he would immediately become my favorite athlete ever, for all time.

Goethe's Faust is a much later publication, not appearing until 200 years after Faust entered the English language. This version of Faust is exceptionally dense literature, so much so that it's considered the greatest work of the exceptionally dense German literary tradition. Faust is God's favorite mortal, again a scholar in the pursuit of all knowledge and again he has turned to studying magic. At some point a poodle follows him home (seriously) and the poodle turns into Mephistopheles, who cuts the same kind of deal with Faust as in the Marlowe play. From the signing of the contract, things get rather nasty. Faust falls in love with Gretchen, who murders her mother with a sleeping potion so that they can be together. Then, Gretchen gets pregnant and her brother is angry, so Faust and the devil kill her brother. Gretchen has the baby and drowns it and goes to jail. Faust and the devil try to spring her and fail. The first part of Goethe's Faust ends with his fate unresolved; there's a second part that's very heady and reveals that Faust was only half damned, or so I'm told. I've never read it. 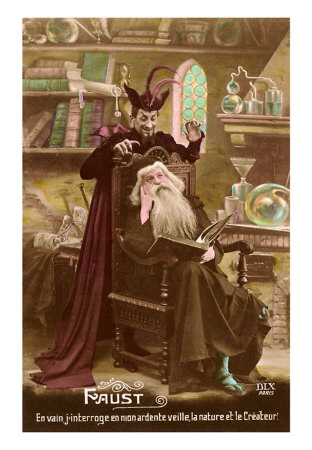 Look, this is Fausto. Fausto was already an unbelievably gifted individual-one of the greatest in all the land. Yet, driven by his failure at the end of 2007, he turned to the devil for help in bringing a championship to Cleveland.

His first two years of the pact, 2008 and 2009, have been utter disasters-just as Goethe's Faust's early days. Victor injured his elbow, probably because of a murderous sleeping potion that Fausto administered, Joe Borowski sputtered and collapsed, presumably because Fausto courted his sister and shamed her, and, finally, David Dellucci was cut because he drowned his illegitimate offspring-that's what everyone in Shaker Heights is saying anyway. More than that, there's an element of hope and suspense left here: Fausto is at the end of Goethe's Part 1. Part 2 of our Faust legend appears to have already started and Dr. Fausto may still re-enter the picture this season and find redemption.

"Think'st thou that I, who saw the face of God,
And tasted the eternal joys of heaven,
Am not tormented with ten thousand hells
In being deprived of everlasting bliss?"
- Marlowe's Mephastophilis