"The young man's mind was carried away by his growing passion for dreams. One looking at him would not have thought him particularly sharp. With the recollection of little things occupying his mind he closed his eyes and leaned back in the car seat. He stayed that way for a long time and when he aroused himself and again looked out of the car window the town of Winesburg had disappeared and his life there had become but a background on which to paint the dreams of his manhood."

If you have found yourself on this website today then you get what it is about today that is so special. It is Opening Day. Each and every spring, the serious baseball fan gets to do exactly what Anderson's George Willard is doing here; we are allowed to depart, at least for a day, from whatever the past was. Today, nobody is compelled to carry around the ghosts of past failures in order to explain future failures. There need be no future failures today.

Today, the Indians' history is the canvas on which we're allowed to paint the dream of the Indians' future. The glory of the 2009 season will only be more magnificent because of the foundation on which it's built; today, a foundation of heartbreak can be transformed into a reality of happiness.

Today, this is our right, maybe even our obligation: to imagine that future. To envision how the Indians long walk in the desert can turn into Euclid schoolchildren all wearing stupid looking World Series Champs! t-shirts and high-fiving in October. Opening Day is about acknowledging that it can happen for our team this time around.

Fausto Carmona pulling his hat down tight and staring in, scaring baseball's best hitters from here to eternity. Not scaring them in that ridiculous Roger Clemens "I might hit you and ruin your life and the lives of your children" way; scaring them because they are afraid of failure and, for them, Fausto Carmona represents a tide of failure washing over them, an undertow of fail dragging them under. 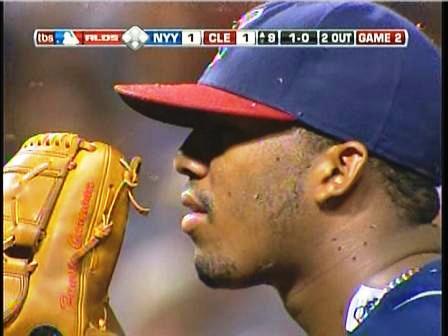 Victor Martinez embodying the whole premise that a team was built on: cost-controlled, talented, and head held high. Vic reminding us, through word and deed, that he's no longer the twenty-five year old who blazed the path for Indians' success in this era but instead the thirty-one year old veteran who has grown up with this team, in this town, and is not only prepared to bring the hardware home but in fact is desperate to do so. 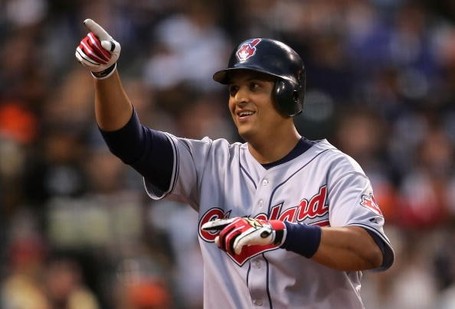 There's no reason that Victor can't remind the national media that in order to be a great leader, you don't have to do Gillette commercials or date supermodels. You simply have to lead. Victor Martinez standing at the front of the throng, exhorting the Indians towards October? This can happen. 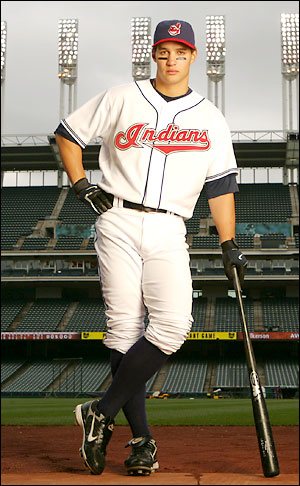 Rafael Perez, Jensen Lewis, and Rafael Betancourt laying waste to opponents throughout the late innings, handling the toughest situations with aplomb and the impossible situations with the best fastball/slider combination in the game. These three appropriately doing the lion's share of the labor, homegrown guys doing the dirty work and, if all else fails, picking up the phone and calling on one of the ten or so most talented pitchers of the last twenty years. Yeah, that'll work. That can happen.

Grady Sizemore reminding us that as much fun as we're having making eyes at Matt LaPorta, Carlos Santana, and Nick Weglarz, the real prize, the jewel of not just a farm system, or even a team, but of an entire league is already patrolling centerfield for the big league club. Grady making us smack our foreheads and say "How can you not trade Franklin Gutierrez? Center isn't a position of depth for Cleveland; it's a position of Mariana Trench." Grady simply being himself, hitting the snot out of the ball, running his lusted-after-ass off and bird-dogging everything in the air within the 44115 zip code, turning hits into outs, divorces into marriages, and dreams into reality. Grady. Grady can happen.

A group of 30 or so guys, all trying to do what's asked of them. This can happen.

A handful of guys who were groomed for this purpose, who were supposed to finally bring the trophy back to Cleveland, even as their ostensible leader has sold out and taken the path of least resistance, actually bringing that trophy home. Bringing it home because they play for each other. Because they've grown up together. Because they'd promised each other, even if only tacitly. This can happen.

A photo from next October where all you can see through the champagne is Jhonny, a man who was immune to pressure over his last 18 games, finally giving in, crying. Smiling and crying. This can happen. 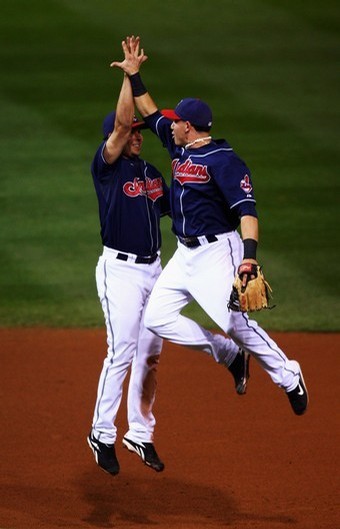