Where our wins come from

Share All sharing options for: Where our wins come from

Via fangraphs.com assessment of player win values - the following two pies represent who contributed to the Indians success in 2008 and 2007.  Notice how much the injuries of Fausto, Westbrook, Victor and Hafner shifted our success last year.  Obviously it opened up opportunities for guys like Shoppach - but it is somewhat remarkable we didn't pull a Detroit and completely go in the tank.  Also note that despite what the pictures suggest, the 2007 pie should be a little larger than the 2008 pie. 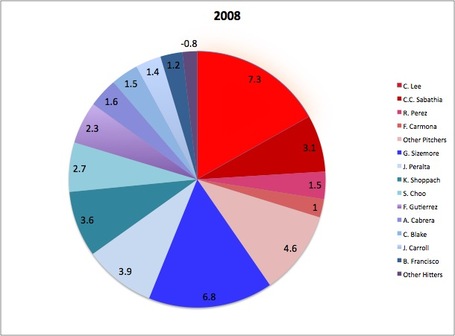 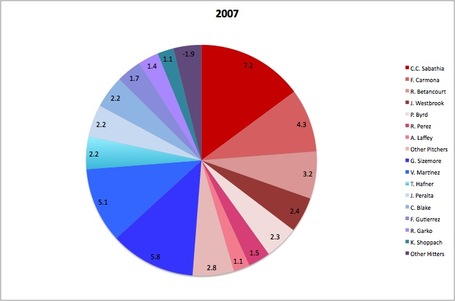