Gammons: What kind of substances were you taking? 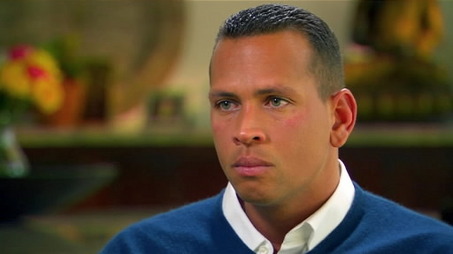 Rodriguez: Peter, that's the thing. Again, it was such a loosey-goosey era, that ... I'm guilty for a lot of things. I'm guilty for being negligent, naive, uh, not asking all the right questions. And, um, to be quite honest, I don't know exactly what, um, substance I was guilty of using.
How Loosey-Goosey Was It, Really? 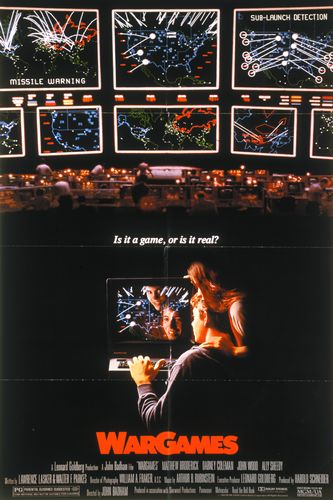 Matthew Broderick as David Lightman: Peter, that's the thing. Again, it was such a loosey-goosey era, that ... I'm guilty for a lot of things-namely, stealing Richard Halloran's modem. Also, using it to play games and also to change my grades both in this film and in a later film. Did I portray myself as a member of the Soviet Union military establishment? Ahh-again, it was so loo-goo: Alan Arkin was acting like a Russian all the time. There was a lot of gray area-did I nearly start a war, or was I just trying to play Falken's Maze? You know, after thinking about this, I can't really answer. The only winning move is not to play.


Gammons: Do you believe that you saw visions that asserted France's right a

Joan of Arc: Peter, this is the thing. Again, it was such a loose-goosey era, that...I'm guilty for a lot of things. But, you have to understand, many people were seeing visions. Everyone was doing it and it seemed like the only sensible route. I'm guilty for being naive, uh, not asking all the right questions of the specter of God that appeared before me. And, um, to be quite honest, I don't know exactly what, ah, vision I saw. Could it have been God? Certainly. But it also might have just been the mayor of Surprise, Arizona, Lyn Truit. I really don't know.

Gammons: Did you kill your brother Abel?

Cain: Peter, that's the thing. Again, it was such a loosey-goosey era, that...I'm guilty, more or less. But you've got to realize, this was the first murder ever. Like, no one had ever tried it. So how I was I supposed to know what was going to happen? It was just very, very laissez-faire. There were, as far as I know, only 4 people alive at the time-me and my parents and then Abel. So, it's not like we knew this was illega 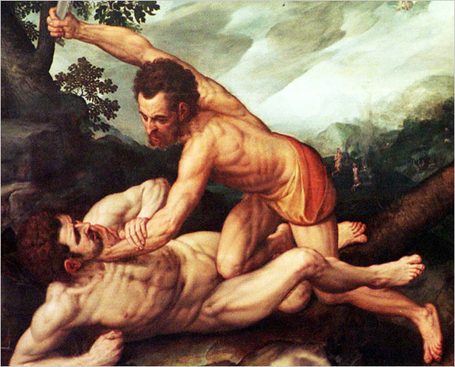 l. Or that there was such a thing as "legal" and "illegal." There were no policemen and it wasn't really clear what I wasn't and was allowed to do, so, when I killed Abel, I was actually sort of surprised that God got mad. I had just assumed it was all loosey-goosey, sort of room to play with it, feel things out. Apparently, that was not the case.
As one of only four people alive, I felt, uh, an enormous amount of pressure. I felt like I had the weight of the world on top of me. I had to perform, every day; somehow we had to generate a society that would eventually beget a 24 hour sports news cycle and, hopefully, renewable energy solutions. So, I decided I had to perform at the highest possible level daily and to do that, I thought I needed to kill Abel. In retrospect, that didn't make any sense.

5 GOOSES: AMONG THE MOST LOOSEY-GOOSEY TIMES IN RECORDED HISTORY

Gammons: Beauty and the Beast? What was that all about? 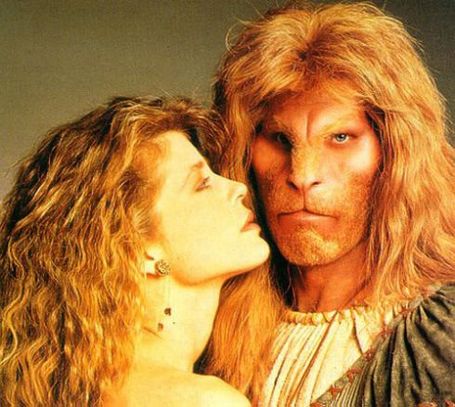 Ron Perlman as Victor: Peter, that's the thing. Again, it was such a loosey-goosey era, that...I'm guilty of a lot of things-dressing up like a half man, half animal and solving crime. That's one thing I'm guilty of. Falling in love with a district attorney after nursing her back to health in my sewer lair. Again, charge me, try me, find me. Guilty. Eventually impregnate that district attorney, spawing a child that could be described as, I guess, three quarters human and a quarter costume make-up? Guilty as sin.

I'm not exactly sure what led me to do all of this, or to agree to be in this show, but whatever it was, I feel terrible about it. But I do remember thinking in my bed, it's like, 'What am I doing? Wake up. Stop being selfish.' Because I loved putting on that make up. It was a self-serving thing. 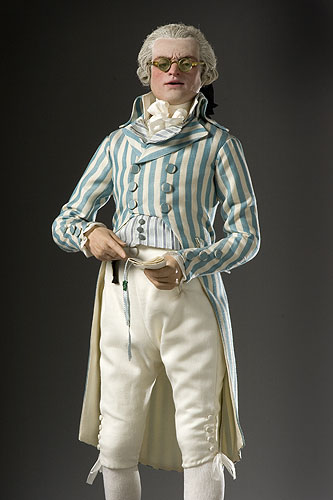 Gammons: Did you execute Marie Antoinette?

Maximilien Robespierre: Peter, zis iz ze zing. Again, it waz zuch a, ahh, a loozey-goozey era, zat ... I'm guilty for a lot of zings. Iz it pozzibile that I executed her? Well, yez. It iz pozzible. But, againz, it waz juzt zo "loozey-goozey." You know, you haz advizors, and beliefz, and principlez, but, in ze end, it iz my fault. I believed that terror waz zimply zevere inflexible juztice. Today, I realizze that part of what I zought waz juztice haz now been removed from ze zhelvez of GNC. It iz no longer accepted. Now, az to if I executed her? I do not know. It iz pozzible. It iz alzo pozzible I killed a gooze.

5 GOOSES: AMONG THE MOST LOOSEY-GOOSEY TIMES IN RECORDED HISTORY