Was going to be a comment but got unwieldy. I guess treat this as a Wood Appreciation Thread. 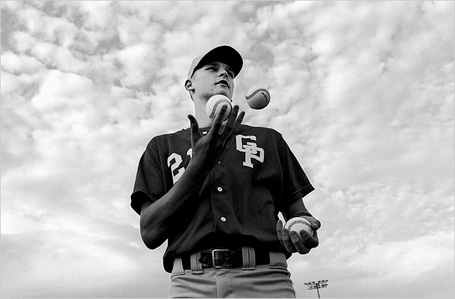 "You think I juggle well? Should see my heat."

...a fastball once clocked at 102 miles per hour and a devastatingly hard curve/slurve that tumbled a foot in its journey to home plate; Astros first baseman Jeff Bagwell once said of the pitch, "I got no chance." —Buzz Bissinger, NYTimes

In 2006, I knew everything there was to know about building a baseball team; seriously-go back and read my posts. Bullpen was easy-just find some K's and some run suppression and slide them in there. Our roster and minors were littered with future closers: Mastny, Mujica, Miller, Sipp, Betancourt, whoever. I wasn't an idiot and I wasn't going to put on a hooded robe and dance around the stone monolith of Closer Mentality. I was going to meet mysticism with steely realism, just like Shapiro would, and I was going to laugh when what was obvious to me became obvious to everyone: if Bob Wickman could do this job incredibly well, then talented farmhands, proven setup men, and confident fathers from coast to coast could at least do it adequately.

I was an idiot. Everything that Tim McCarver says about closers is true. They shorten the game, they intimidate the opponent, they impose their will, they breed an attitude. They're born to parents of hell and brimstone, they drink the townspeople's blood to whiten their teeth, they eat vegetables raw or not at all. In short, they're different. Anyone who has watched the Indians' over the last 3 seasons cannot possibly deny that there is something distinct about closing. Exceptionally talented relievers cannot always do it. That's the fact as I see it.

As a fan, I want a championship more than I want anything; that's the company line and, outside of the liberated fandom espoused at FreeDarko, few are diverging from it. But, if I had my druthers (has anyone seen my druthers, by the way?), I don't just want to see the Indians win it, I want them to do it the way I've always imagined. Intimidating. Dominating. Overwhelming the opposition. 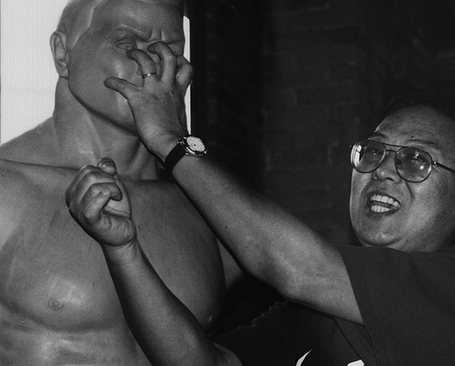 The 2008 Tribe's version of "Overwhelming the opposition."

I wouldn't complain if the Indians won 83 games and somehow walked away with the hardware. But it's not what I imagine; I don't daydream about Jamey Carroll winning the World Series MVP or Jeff Weaver nailing down game 5 or Eric Wedge falling asleep at a stoplight, stone cold drunk. No, I daydream about Belle. And Pronk. But mostly Belle. They're part of a group of players that I have (inappropriately) dubbed Killing Machines. This is, admittedly, a rather ambiguous definition; I could say that it's players who can OPS+ over 170 or so, and that would be a decent place to start. I could say that it's pitchers who simply feel sorry for batters, reversing Rogers Hornsby.

I could also say that it's about connecting to other dominating figures: for instance, Belle is our Norman Mailer-he may stab someone but when it comes to his craft he's all power and Olympian ability. I could say lots of things but ultimately I don't know what makes a Killing Machine such. I know that other teams and, especially, other teams' fans are afraid of these players. Extremely afraid. I know that you recognize a Killing Machine when you have one-you cannot talk about this player without smiling. This player is a one-word answer to all of the questions. 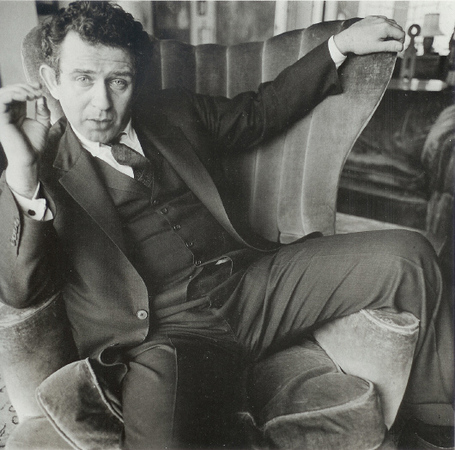 Oh c'mon. It was a penknife.

It's stupid, nebulous, and it's fanspeak. But, I don't care what Nate Silver says I'm still allowed to be stupid about sports. I'm allowed to let my emotions matter as long as I realize they're my emotions. The Indians have had their fair share of these players in the last 15 years. Belle and Hafner are just my favorites but there's more than a handful of players that I can't even think of without grinning. 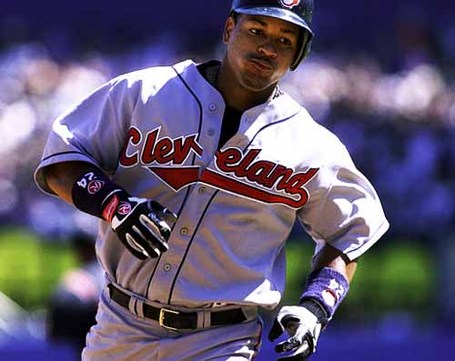 If you can't remember him fondly, it's your loss.

I'm talking about how Kerry Wood makes me feel (save it-I've seen about one half of a good boner joke today). I'm going to be excited to watch him pitch. I'm going to feel like the Indians are obviously at an advantage against nearly every hitter. I'm going to giddily tell everyone within earshot that Wood has some of the best pure stuff of all time. I'm going to scream when he gets the third out, not exhale with relief or take my hands from my eyes. I'm going to feel like we have Achilles except his mom remembered to switch hands. And she dipped his right arm twice. Kerry Wood is a Killing Machine. 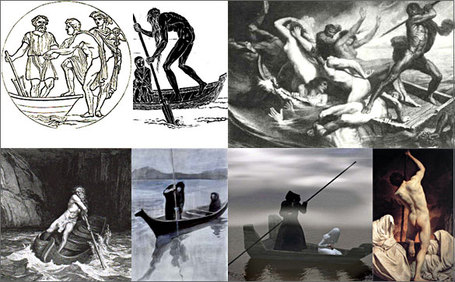 In short, Wood makes me cocky. Very cocky. When I tell my kids, I'm not going to laugh and say that Joe Borowski or some other footnote closed out the Game 7 that changed a franchise. I'm going to glare back from under my McCarver-inspired druid hood, steely-eyed and say "Kerry Wood went 1-2-3." 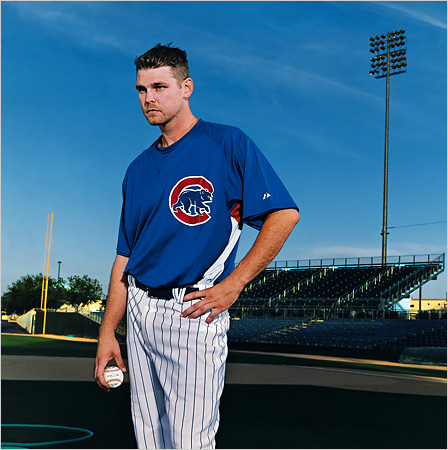